With its 86.7 m high central tower, Mühlhausen's impressive Church of St. Mary is visible far beyond the city limits. As the second largest church in Thuringia after Erfurt cathedral this five-nave hall church was built from around 1317 to 1380/90. Its nationally significant architecture combines both Bohemian and south-east German models in its formal language. Between 1895 and 1903, which had only been provisionally completed since the Middle Ages, was extended by the local building inspector Wilhelm Röttscher to become the highest spire in Thuringia.

In its function as Müntzer memorial, museum and meeting place with religion and culture, the Church of St. Mary is closely linked to the fortunes of the town and its citizens.

Traditionally, the elected city council entered and set out through the double portal located on the southern transept façade for its swearing-in ceremony. The stone sculptures of Emperor Charles IV, his wife Elisabeth of Pomerania and two courtiers on the gallery above the portal had the function to symbolically accompanying this process instead of the real people. For the event, the world-famous composer Johann Sebastian Bach (1685–1750) wrote the cantata “Gott ist mein König”, also known as “Ratswechselkantate” (Council Change Cantata).

The exhibition areas in the building, which was secularised in 1975 and has since been used as a museum, offer a wide range of exhibitions and cultural activities. For example, a separate area in the chapels is dedicated to the radical reformer and former preacher of St. Mary’s Church, Thomas Müntzer. 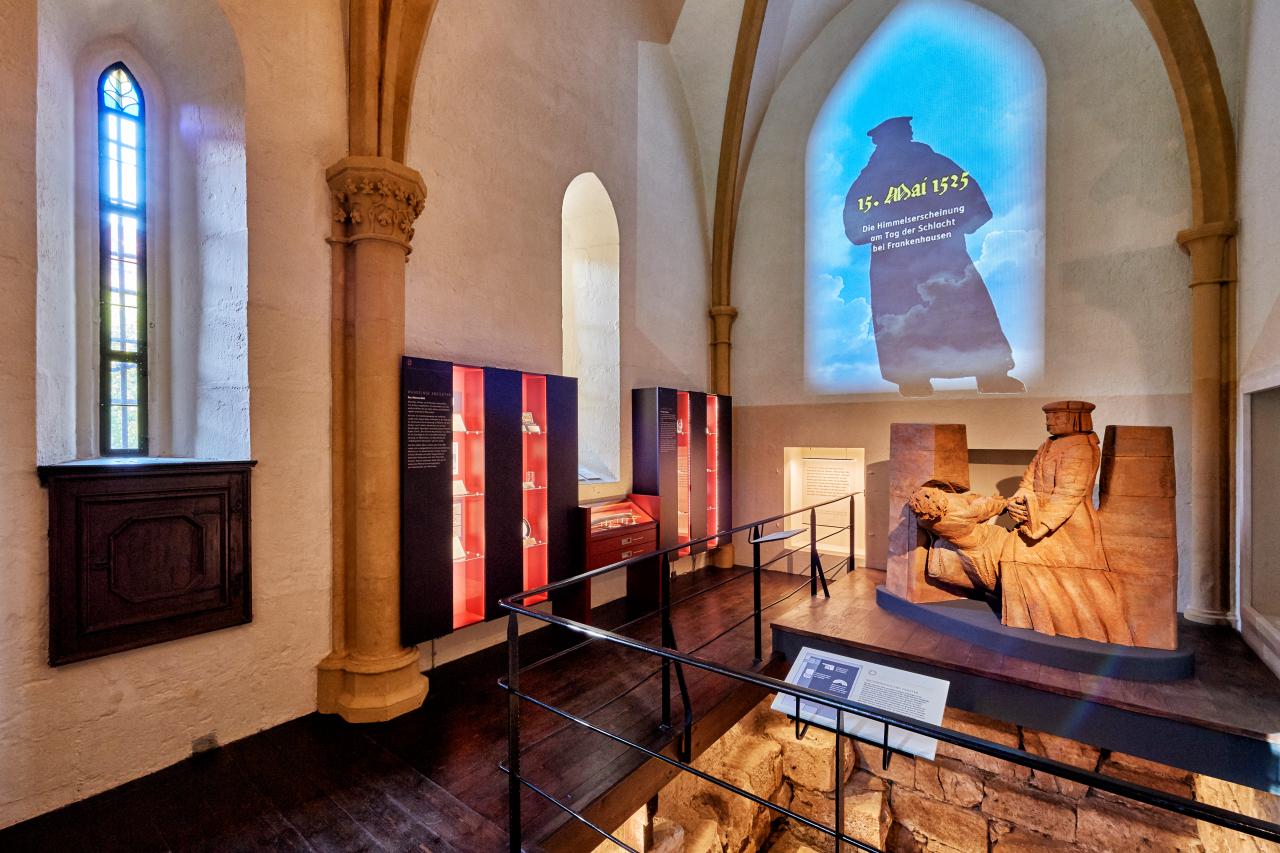 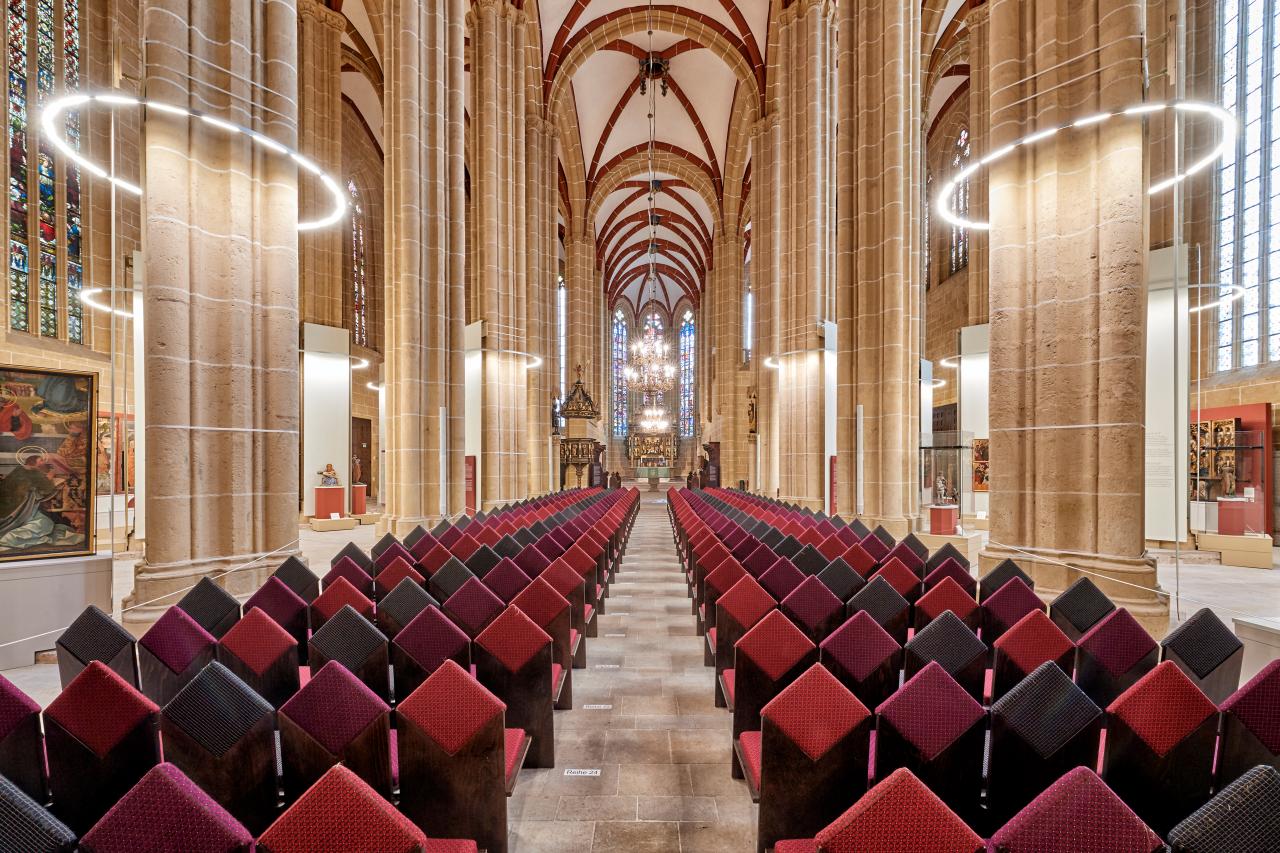 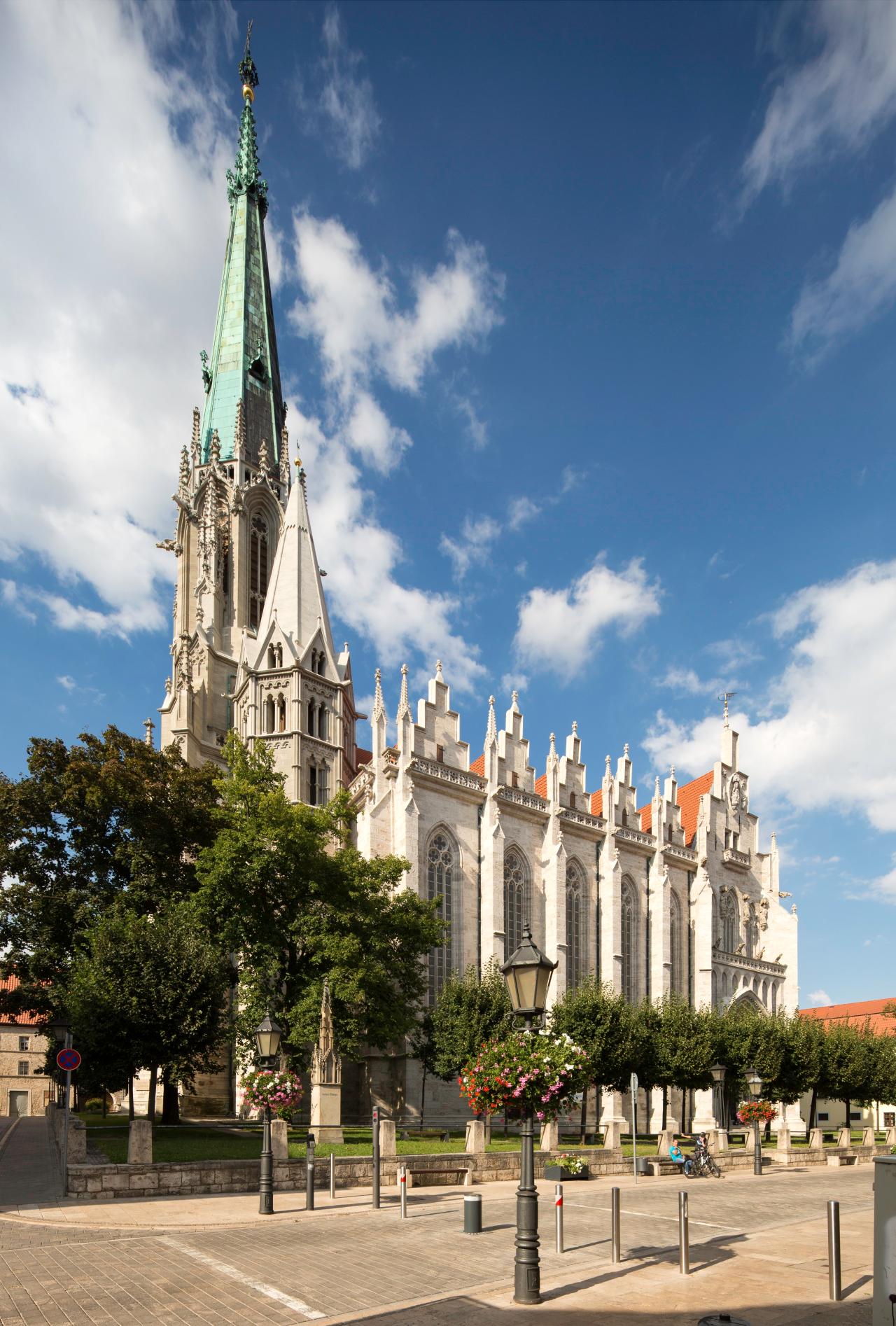 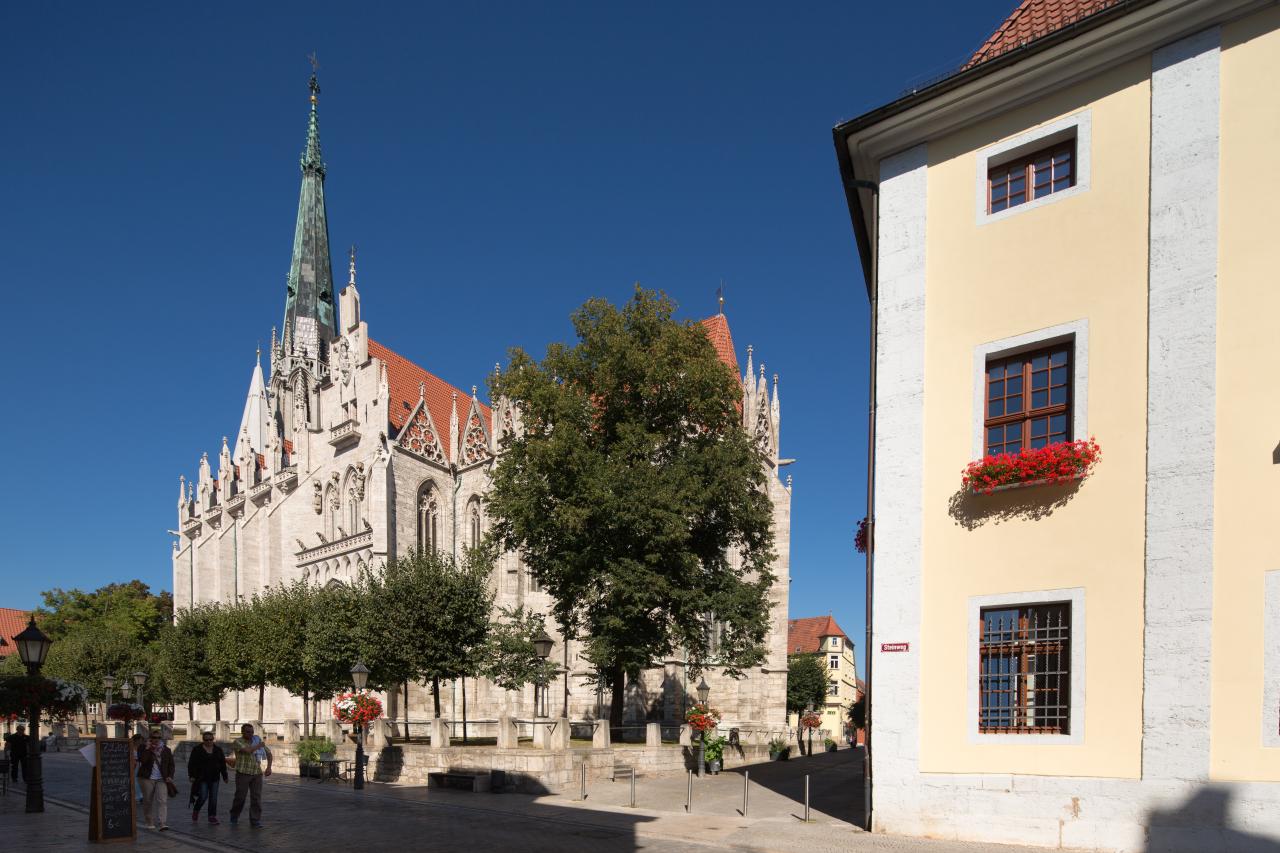 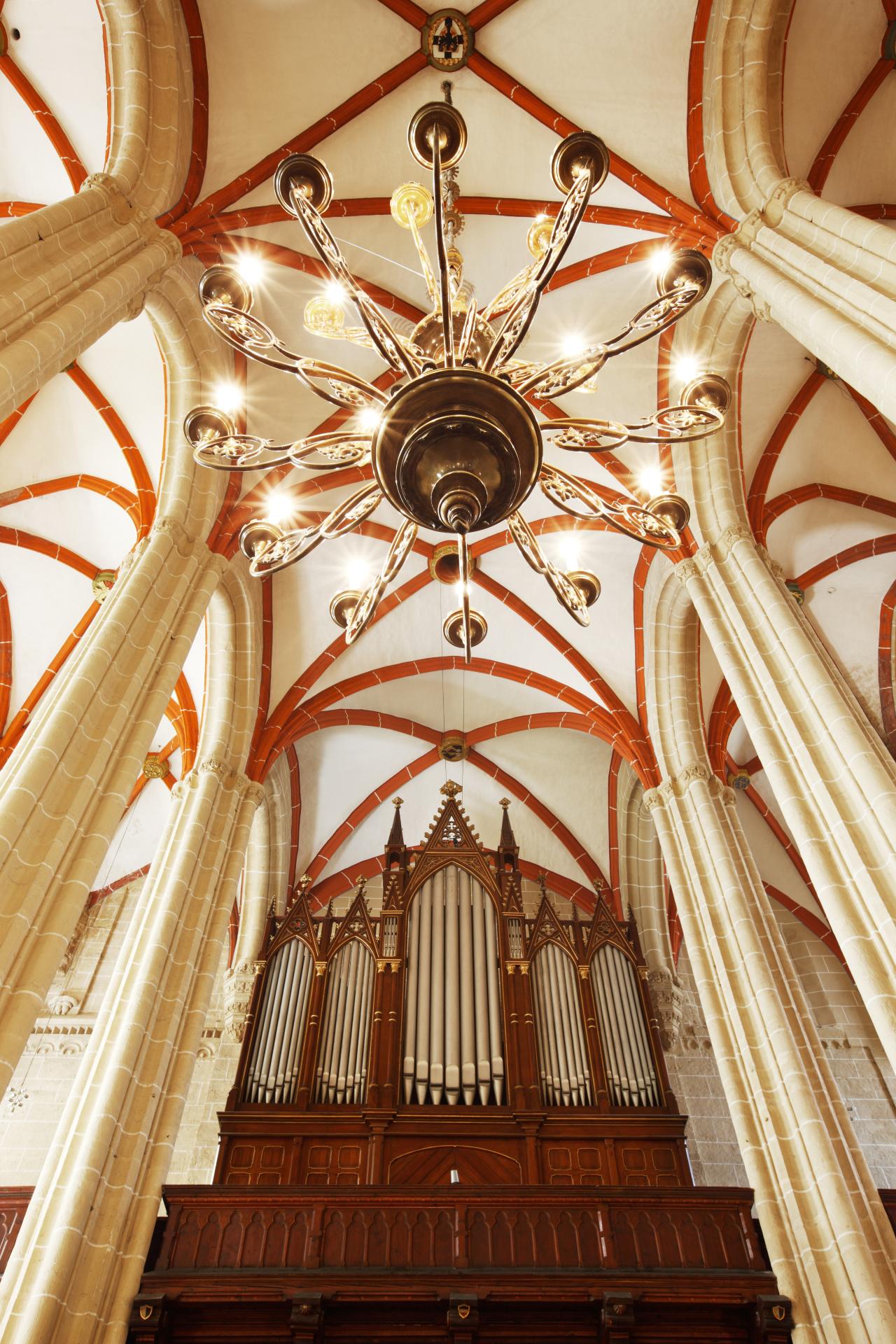 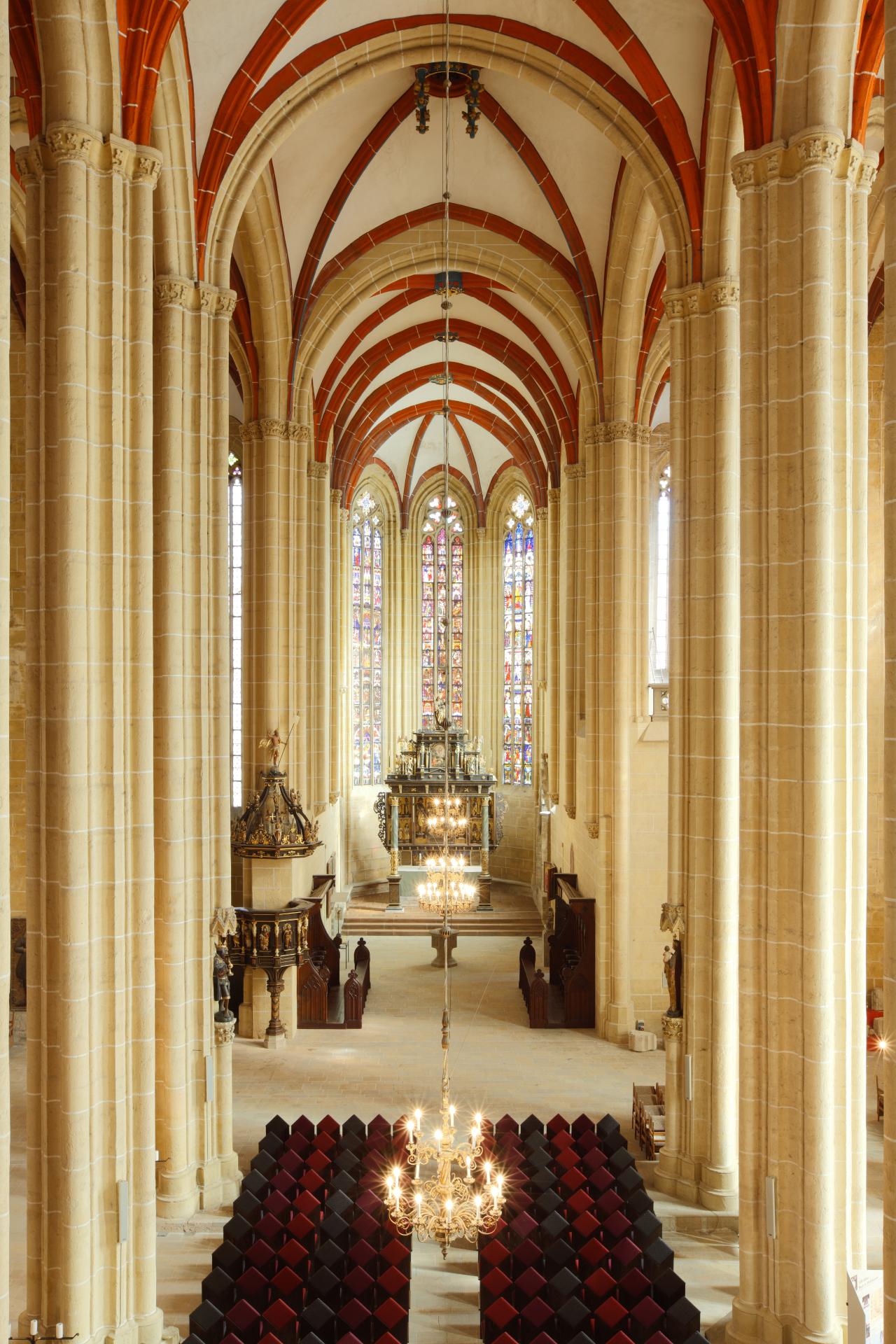 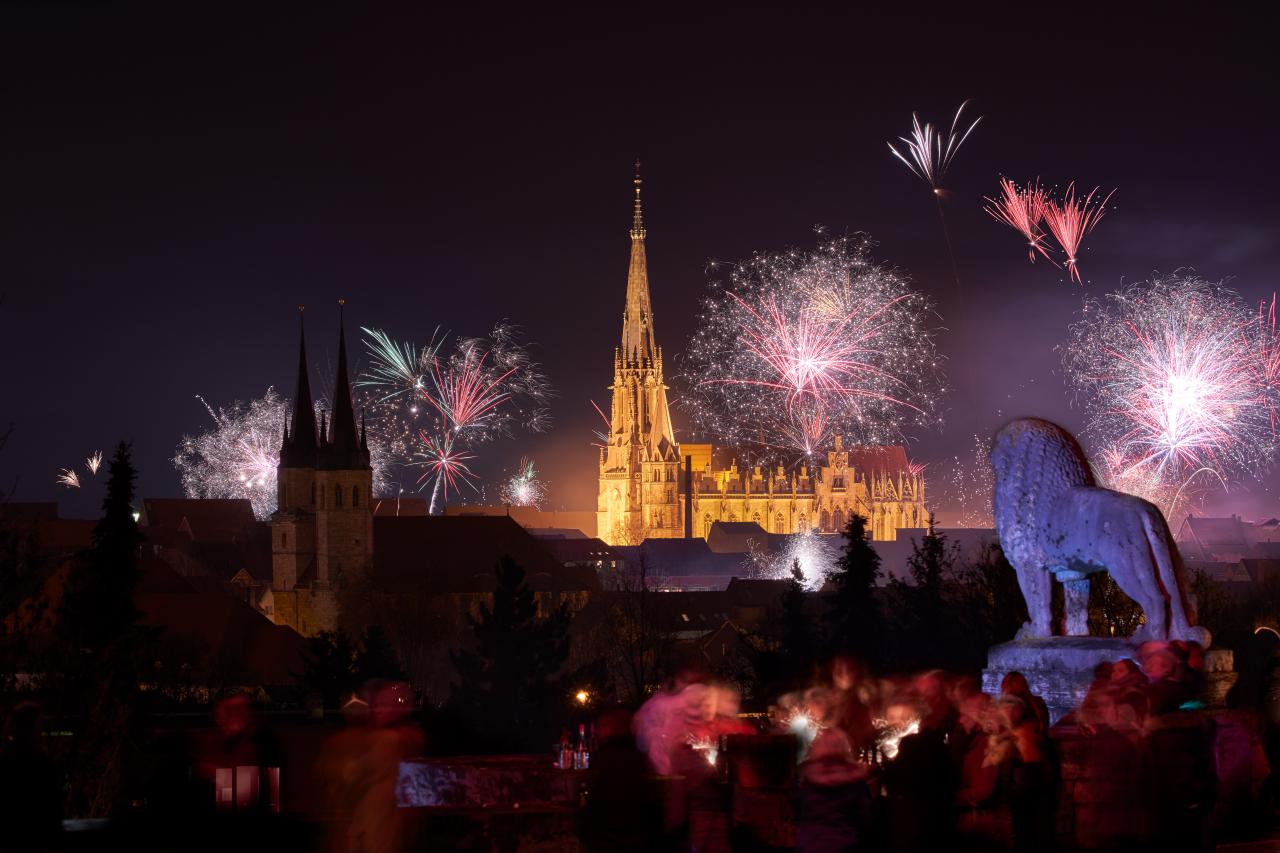 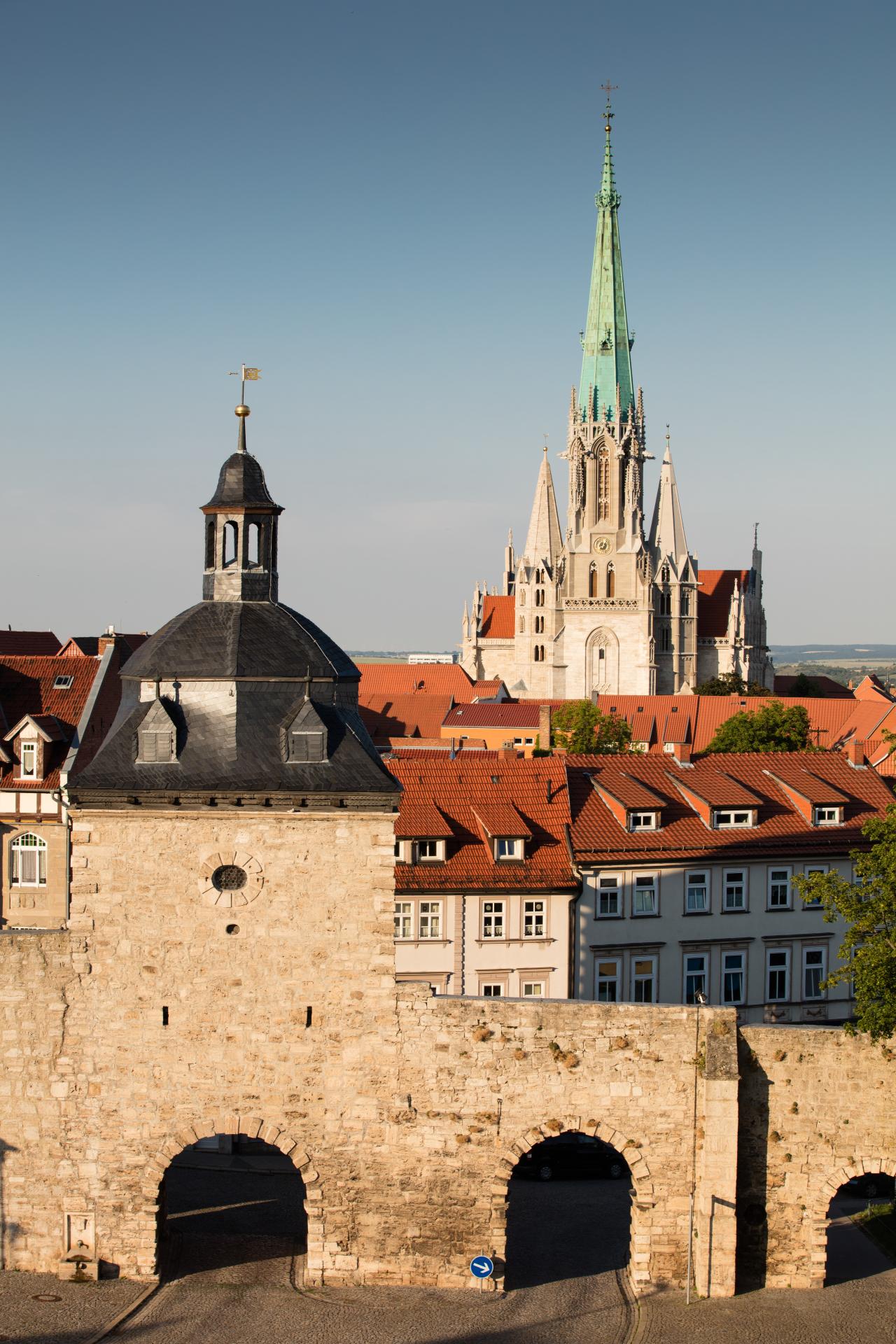