St. Joseph Church is a Catholic church in Mühlhausen with an active congregation and is one of the suburban churches.

to the history of the church:

The building history of St. Joseph Church in Mühlhausen began 120 years ago with the formation of a church building association. On 14 July 1903, the foundation stone was laid for the Catholic church in Waidstraße. In 1962, the church was redesigned with the aim of emphasising the church building as a place of worship and removing ornamental accessories. A large part of the holy figures disappeared, the neo-Gothic church windows were replaced by rhombic glazing and the high and side altars including the high pulpit were removed. In 1981 a new organ was installed in the north apse. Since 2001 the five new choir windows have had a decisive influence on the face of the church: the work of art, designed by the Magdeburg artist Maren Magdalena Sorger and realised in float glass painting by the Paderborn glass workshop Peters, is both altarpiece and window. The representations of the saints in St. Joseph's Church, with the exception of that of St. Anthony, were created in the workshops of the "Wiedenbrück School" at the beginning of the 20th century. The smaller statues had their original place in the carved high altar and at the two side altars. A jewel in the church are the 14 Stations of the Cross created in 1907 by the Wiedenbrück-born painter Eduard Goldkuhle. 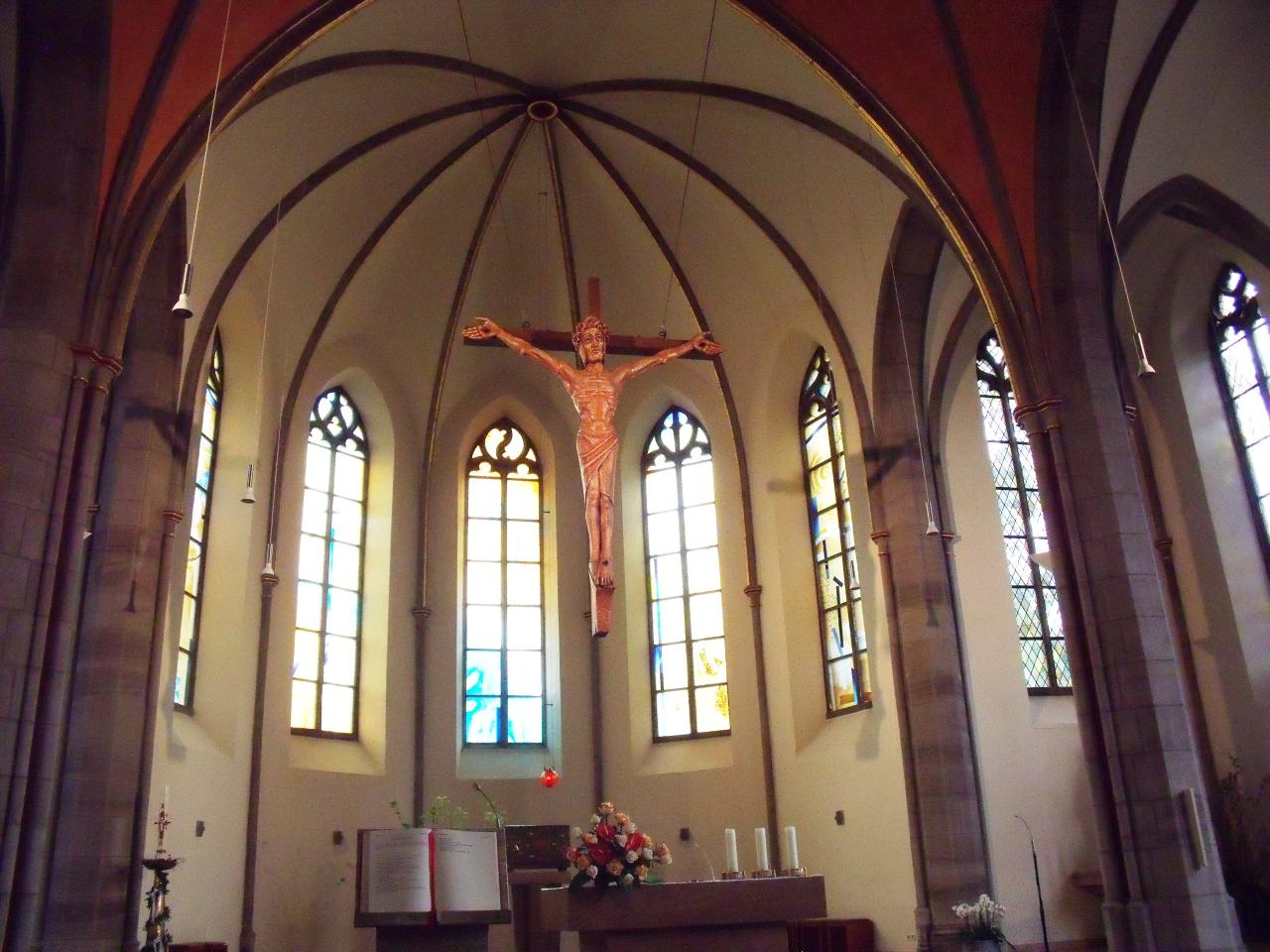 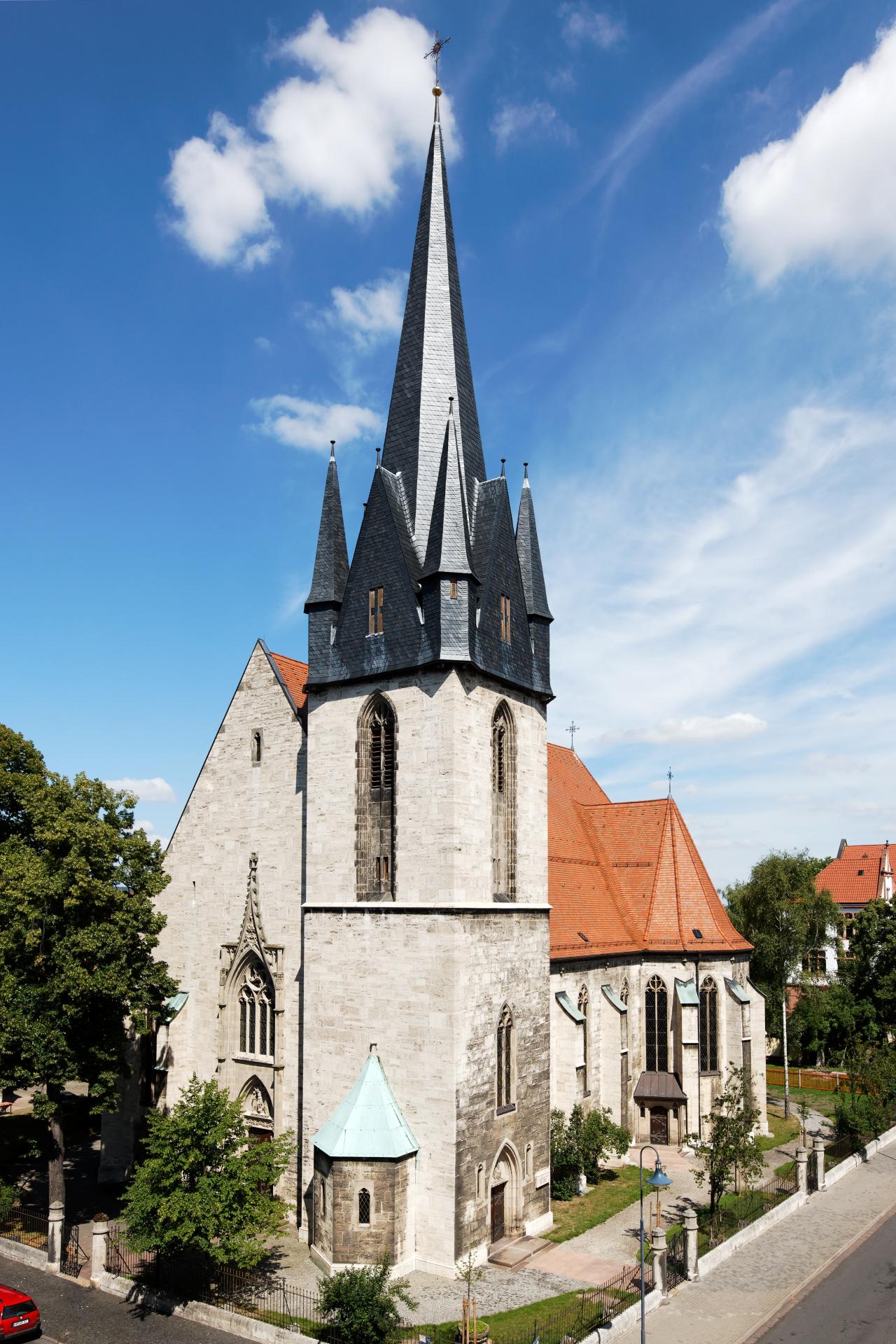 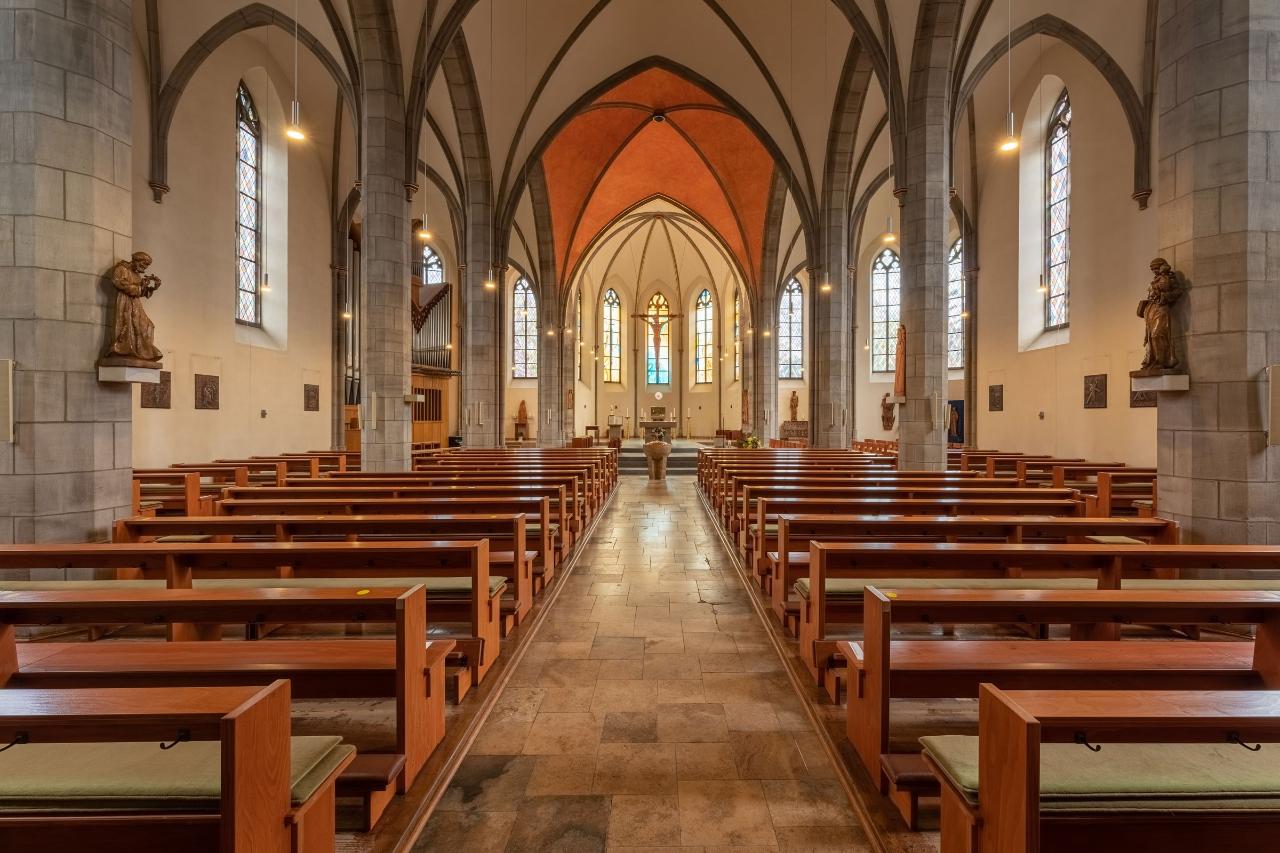 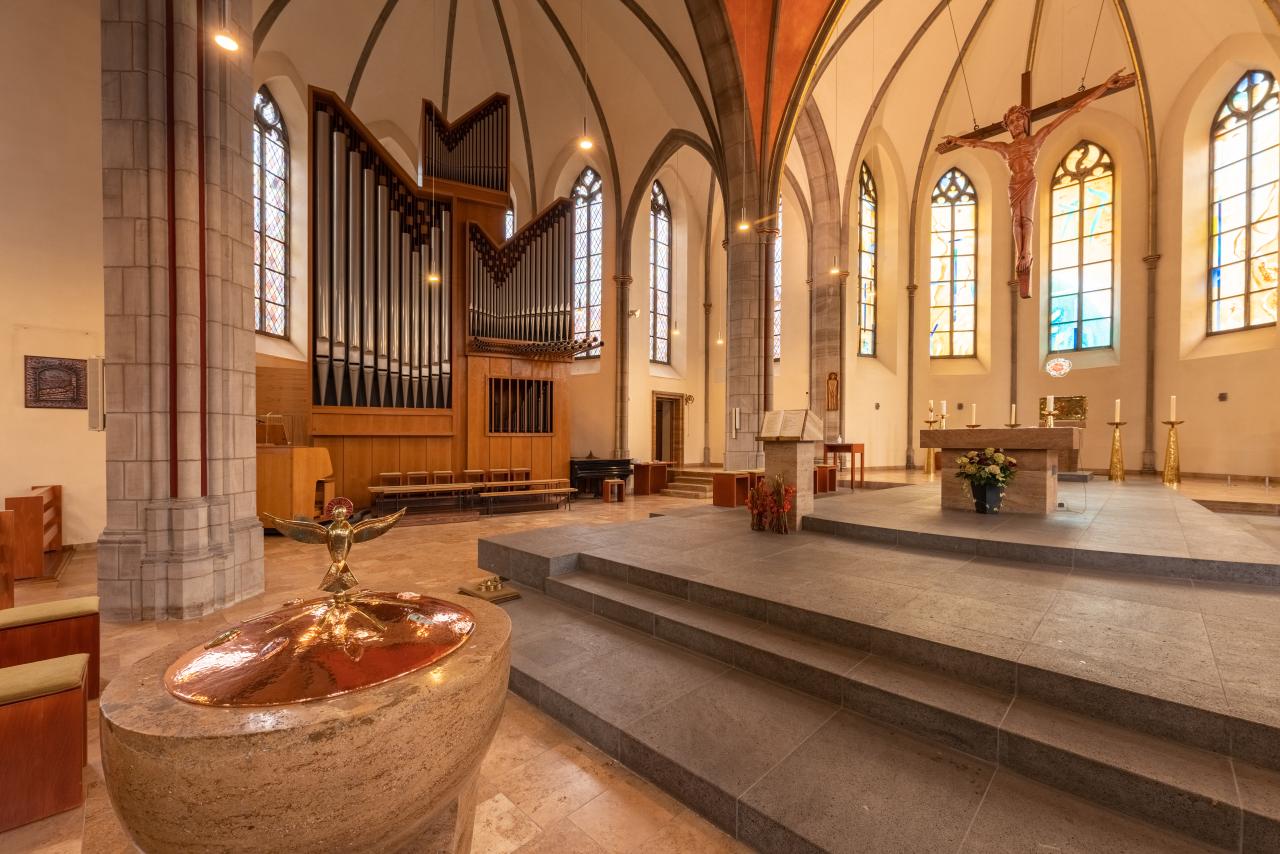