The document of March 18, 1314, with the first mention of the chapel, reports a fierce dispute between the Mühlhausen council and the Teutonic Order and its settlement. The council had unjustifiably used the Order's assets for the construction it had ordered. The Order used its position of power as the sole holder of parish rights in Mühlhausen and enforced the transfer of the chapel to its old town commune of St. Blaise. Ten years later, the ecclesiastical care of the Nicolas' suburb was regulated.

The original plan to build a basilica was changed to that of a hall church. Several interruptions in construction ultimately left the church unfinished. It was not until 1897/98 that the northern aisle was extended to the full height of the central nave and southern aisle. The windows of different heights in the north wall bear witness to this break. The vaulting of the hall was done with a plastered wire mesh (so-called Rabitz vault). At that time, the vestibule in the west with access to the renewed galleries was also created, the organ was rebuilt and provided with a new prospectus, the medieval stained glass in the chancel was restored, supplemented and redesigned, and finally the furnishings were completed with new altar, pulpit and pews.

Of the medieval furnishings of the St. Nicolas' Church, several beautifully designed console stones, the original door leaf to the sacristy, parts of the stained glass windows in the chancel, the original triumphal cross from around 1510, which is now integrated into the altar, and two wooden figures of St. Nicholas from the early 16th century have been preserved. Especially the Throne of St. Nicholas from around 1500, placed in the choir, is one of the outstanding works of pre-Reformation church art in Mühlhausen.

In the long history of St. Nicolas' church, it is above all the years from 1523 to 1525 when Heinrich Pfeiffer was elected by the congregation as the first Protestant pastor in Mühlhausen. The Nicolai congregation took an early and decisive stand on the side of the early Reformation. After its failure and the interim re-Catholicization of the town, the Reformation was finally enforced at St. Nicolas' Church with the appointment of Johann Heye as pastor in 1565. 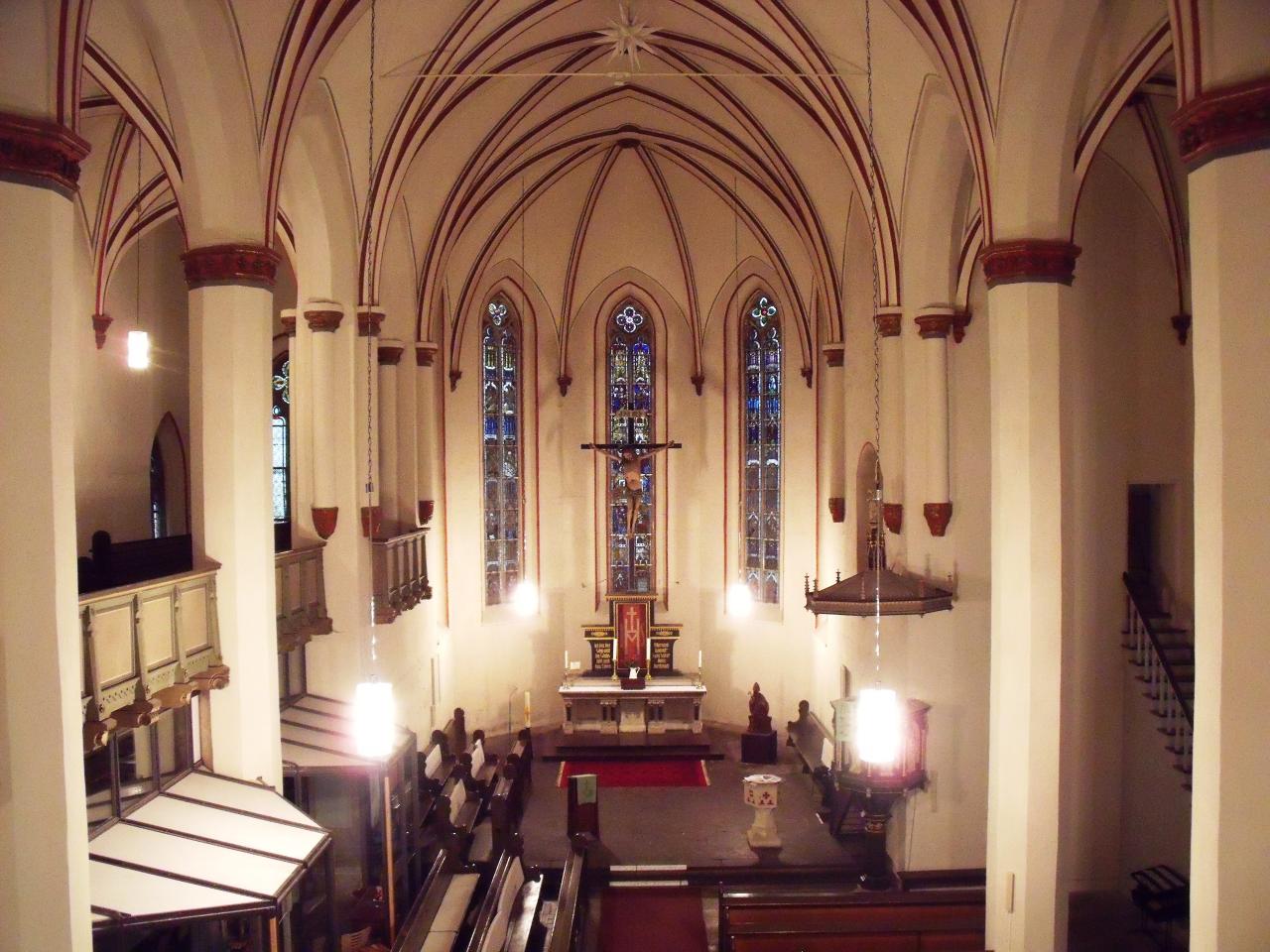 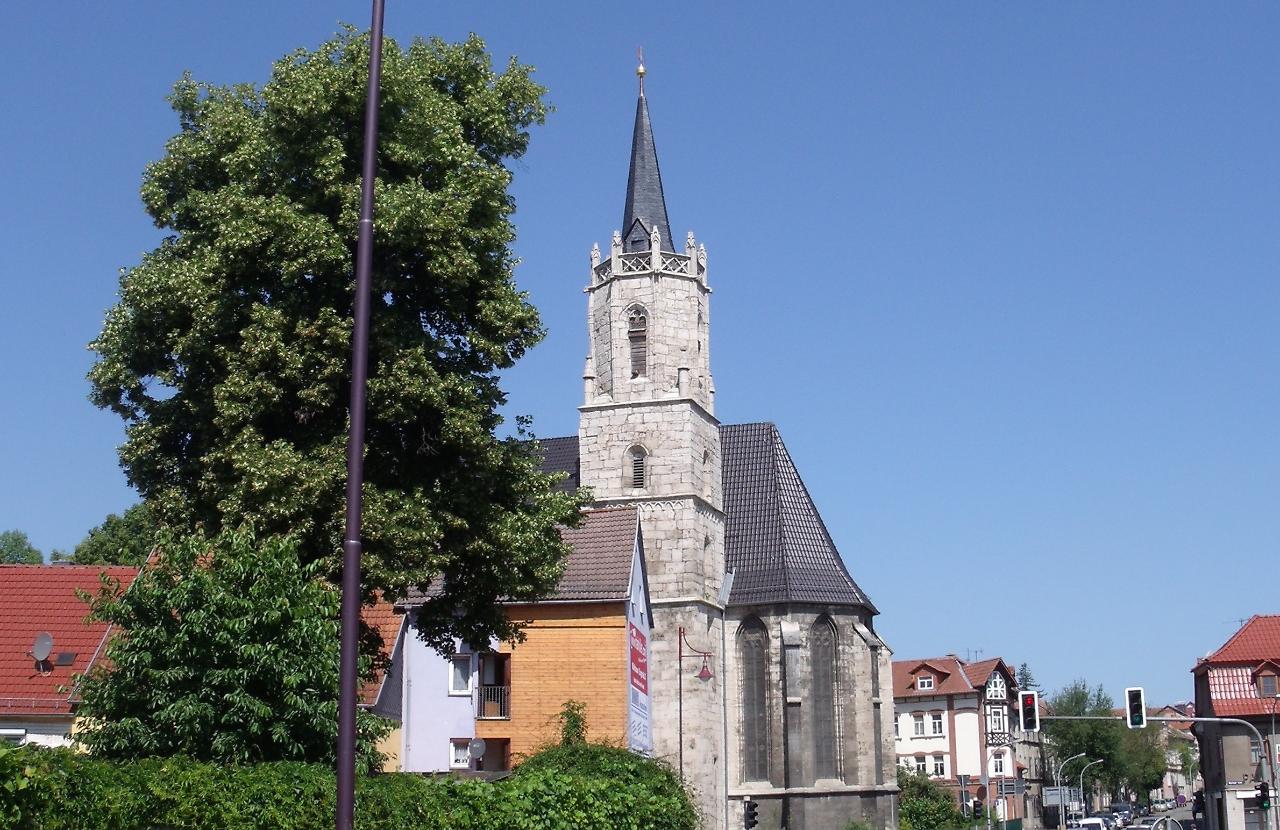 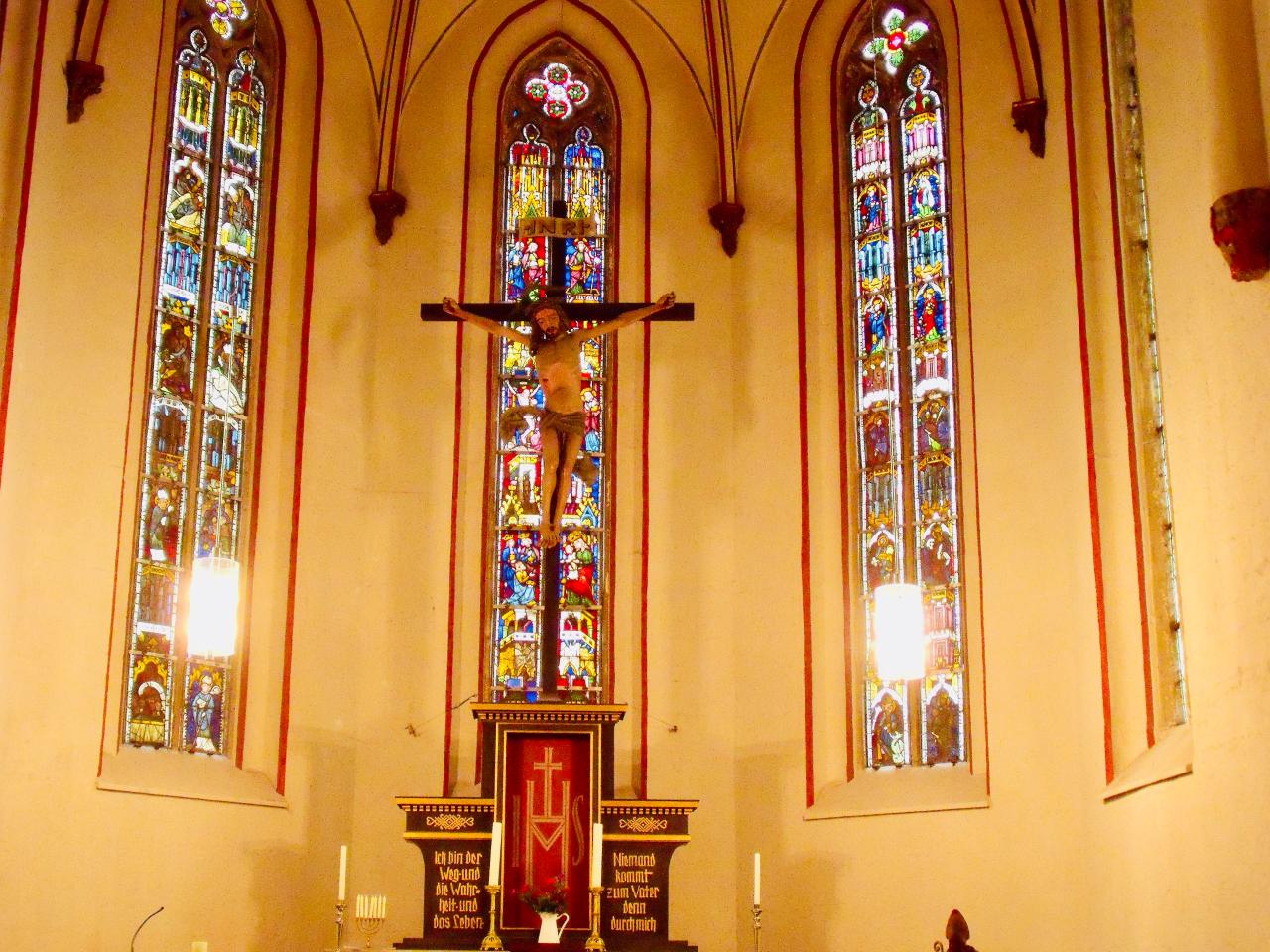