St. George's Church is one of the suburban churches of Mühlhausen and has an active congregation with newly built parish hall next to the church. the church history: St. George's Church in the correspondent suburb at the fording Unstrut was first mentioned in 1359 on the occasion of a new building. It was a choirless hall church with four bays and a west tower. The east gable with its 3 windows is designed as a showcase on the street leading to the ford. The gable is crowned by an attachment, which is interpreted as a projection towards the ford. In front of the southern side of the church, a chapel was built around 1370, which has been accessible from the inside of the church only since the beginning of the 20th century and has been used as a baptistery since then. The tower, which is very similar to the towers of St. Martin's and St. Kilian's, was built in 1748/1749. 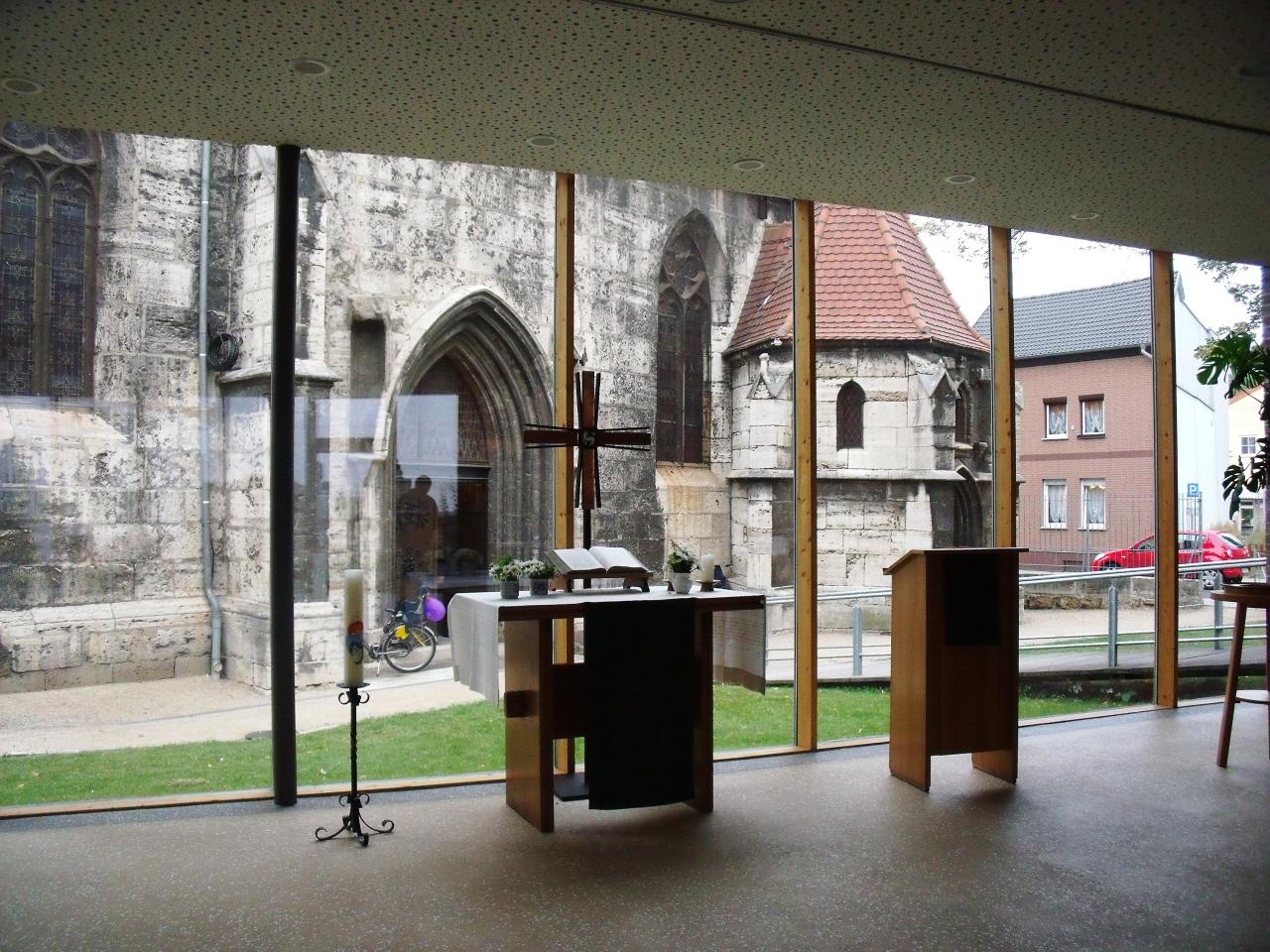 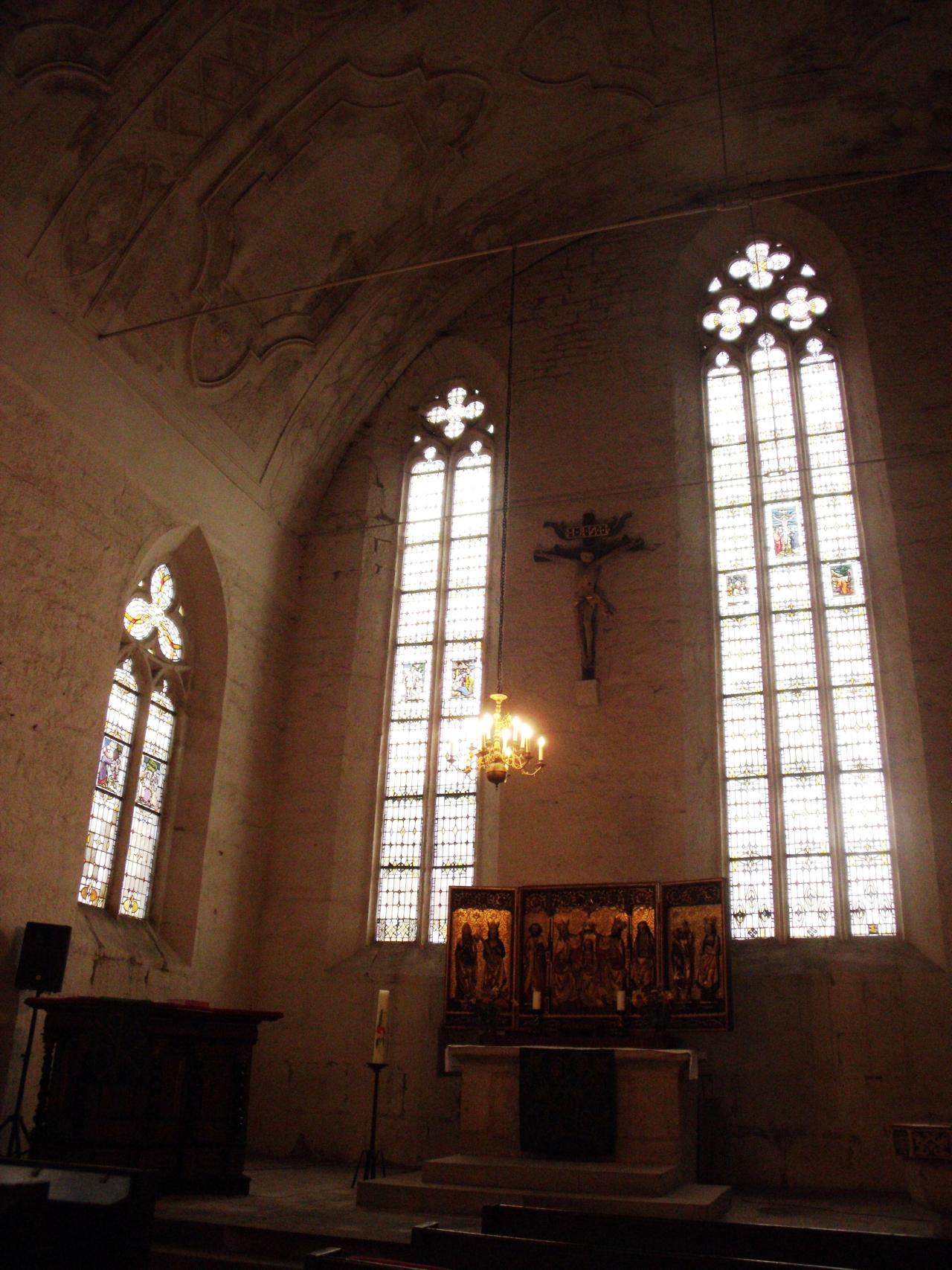 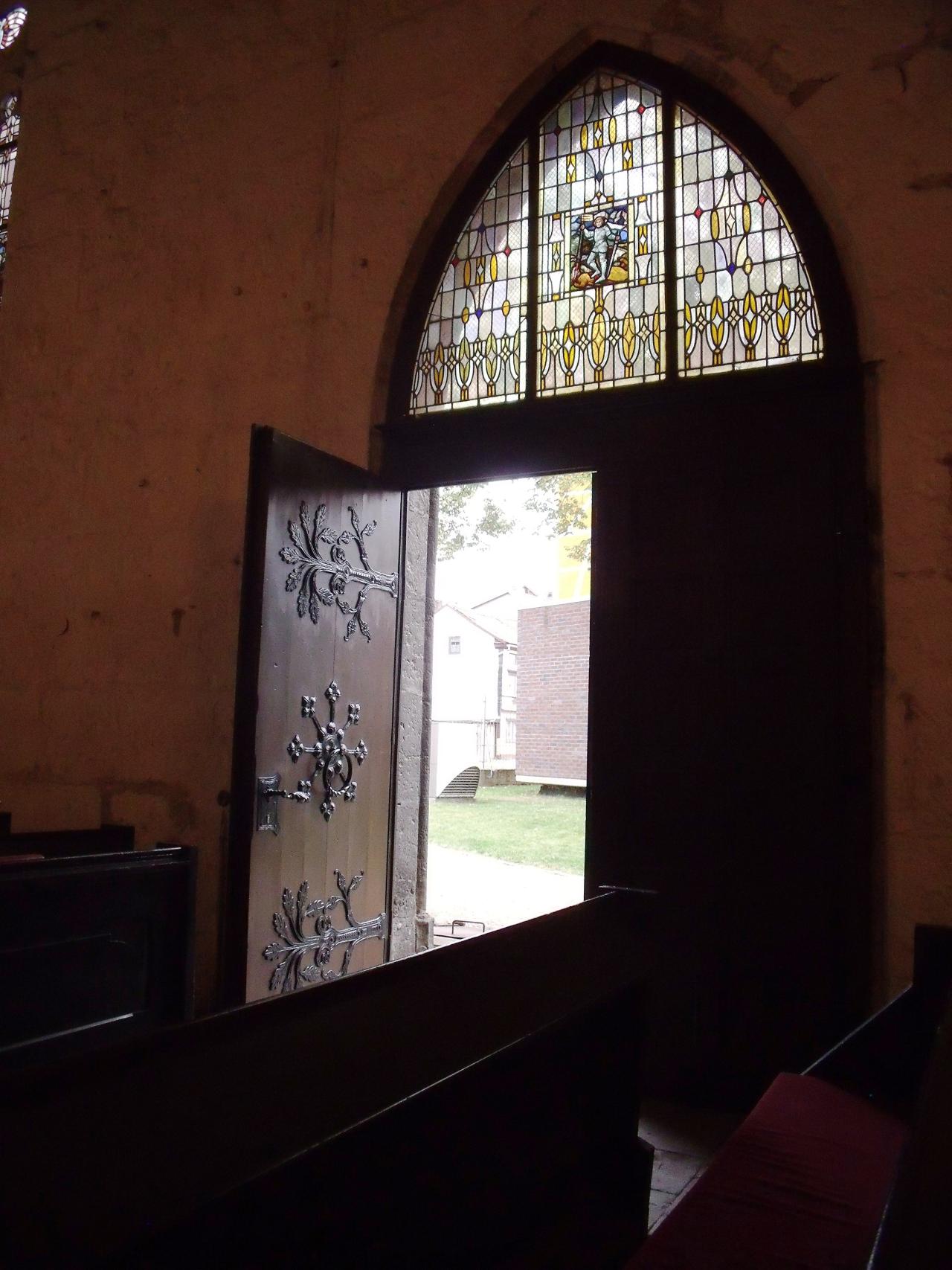