When around 1270/80 the foundation was laid for the first town hall, Mühlhausen had changed fundamentally since it had been founded in the 12th century. Next to the old town, around the lower market and the Church of Blaise the Divine, the Neustadt (“new town”) had developed, centred around the upper market and St. Mary’s Church. Since the mid-13th century a city wall enclosed this increasingly densely-built area. In the wake of a conflict with royal officials the up-and-coming town had formed a council representing its citizens, which had become the de-facto ruler of the Imperial City.

As a symbol of this new rule the council hall was built on the border between the new town and the old town of Mühlhausen. The ground floor of this building, with its characteristic Ratsstraße drive through, has been preserved to the present day. After a fire the upper floor was rebuilt and significantly enlarged by an annexe in the west. Since 1569 further extensions were added, resulting in a building complex that combines various architectural and interior styles. The Rathaushalle (the representative assembly hall) on the upper floor of the Gothic-style core structure is embellished with ceiling paintings from the 14th and 18th century. The even more opulent Ratsstube (the council chamber) is decorated with murals from the 15th and 17th century depicting the emperor and the Imperial Estates.

The late 16th century south annexe houses the municipal archive containing the records pertaining to the period when Mühlhausen was an Imperial City. To this day the archive has kept its original furnishings. Many of the oldest parts of the building were refurbished after this period. In 1911 the staircase was added, its windows commemorating prominent families and industries of what then was a flourishing industrial city. The entrance hall was decorated to demonstrate Mühlhausen’s affiliation to the Province of Saxony, which in turn was part of the Kingdom of Prussia.

After 1945 the focus shifted to Thomas Müntzer’s work and influence on the town hall, exemplified by the addition of a large bust at the bottom of the staircase, a quote from the town chronicle on the first landing, and a large painting in the assembly hall. Over several centuries the town hall was the political and administrative centre and the main representative building of Mühlhausen and its citizens. Today it remains an impressive architectural monument serving as the city’s “front room” and venue for meetings, cultural events, and receptions.

Changed opening hours on holidays, closing days and during events 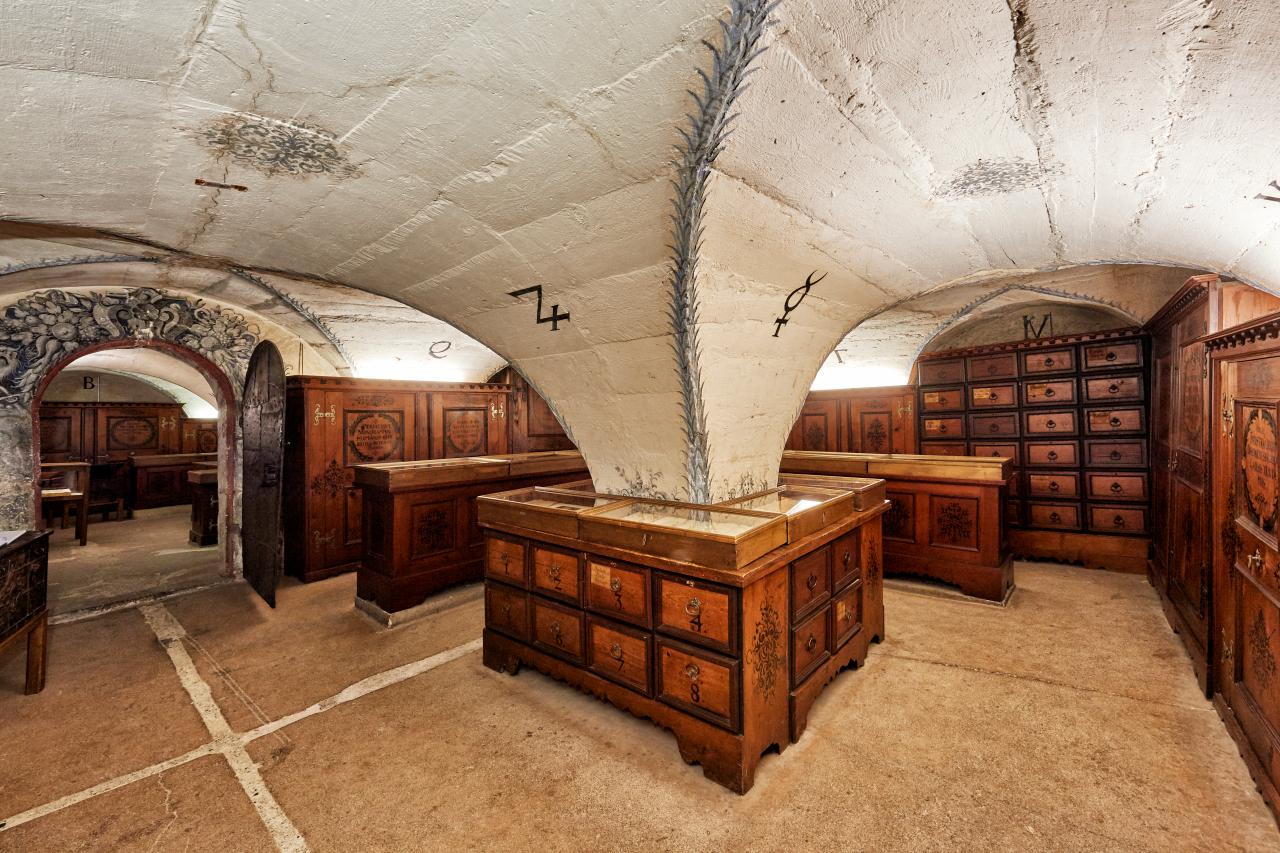 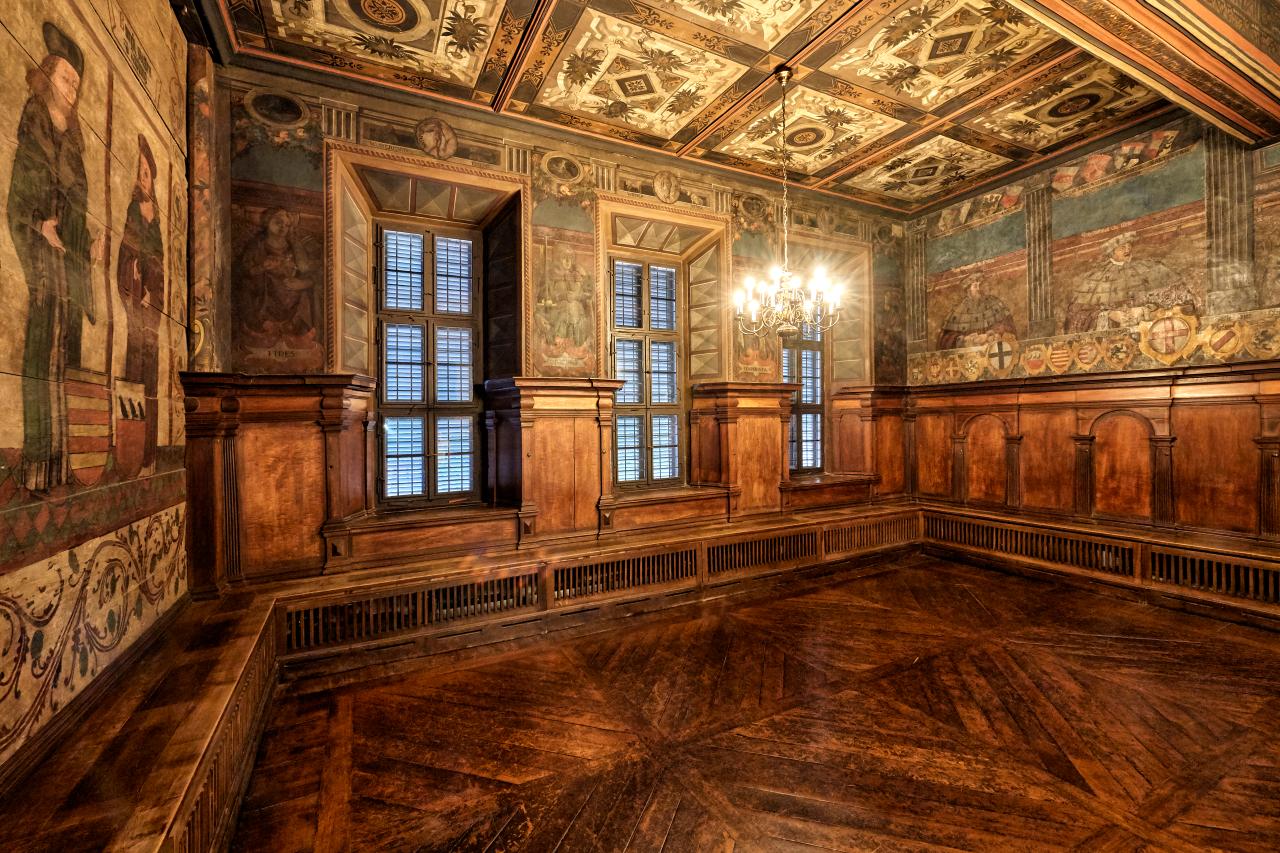 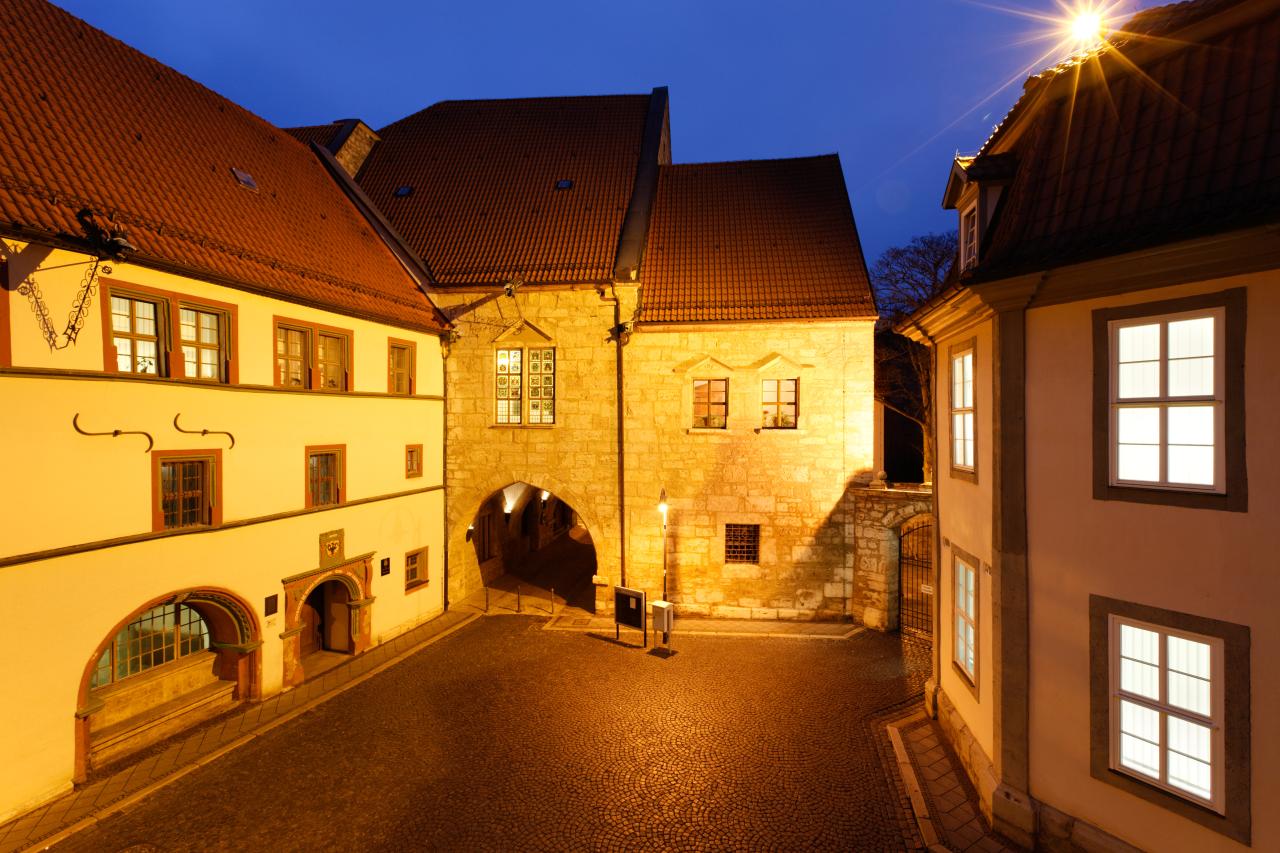