The inner, oldest Mühlhausen city wall was almost 2.8 kilometers long (of which 2.2 kilometers have been preserved to this day) and enclosed an area of about 50 hectares. This area had the shape of a somewhat rounded and not quite even rectangle, whose maximum east-west extension is almost twice as long (1000 meters) as its maximum north-south extension (500 meters). Its original structure included the four main gates, namely the Görmartor in the northeast, the Erfurter Tor in the southeast, the Felchtaer Tor in the southwest and the Frauentor in the northwest, named after the Marienkirche (=Women's Church), as well as probably four gates: the Eselspforte (donkey gate) and the Burgpforte (castle gate) on the north side as well as the gate - not known by name - at the exit of the Brunnenkreßstraße and another, only accessed gate to the Spielbergstraße on the south side.

Whether the original main access to the castle via Breitenstraße was already closed with the construction of the wall between the castle and the town before 1251 or only after the demolition of the castle from 1256 on is unclear.

The material used for the inner (and later also outer) city wall, including the gates and towers, was travertine, a geologically young freshwater limestone found in Mühlhausen and quarried here.

The inner city wall was built as a double-shell masonry. Its thickness up to the height of the battlements varies between about 1.5 meters and - reached only exceptionally - a maximum of 2 meters. 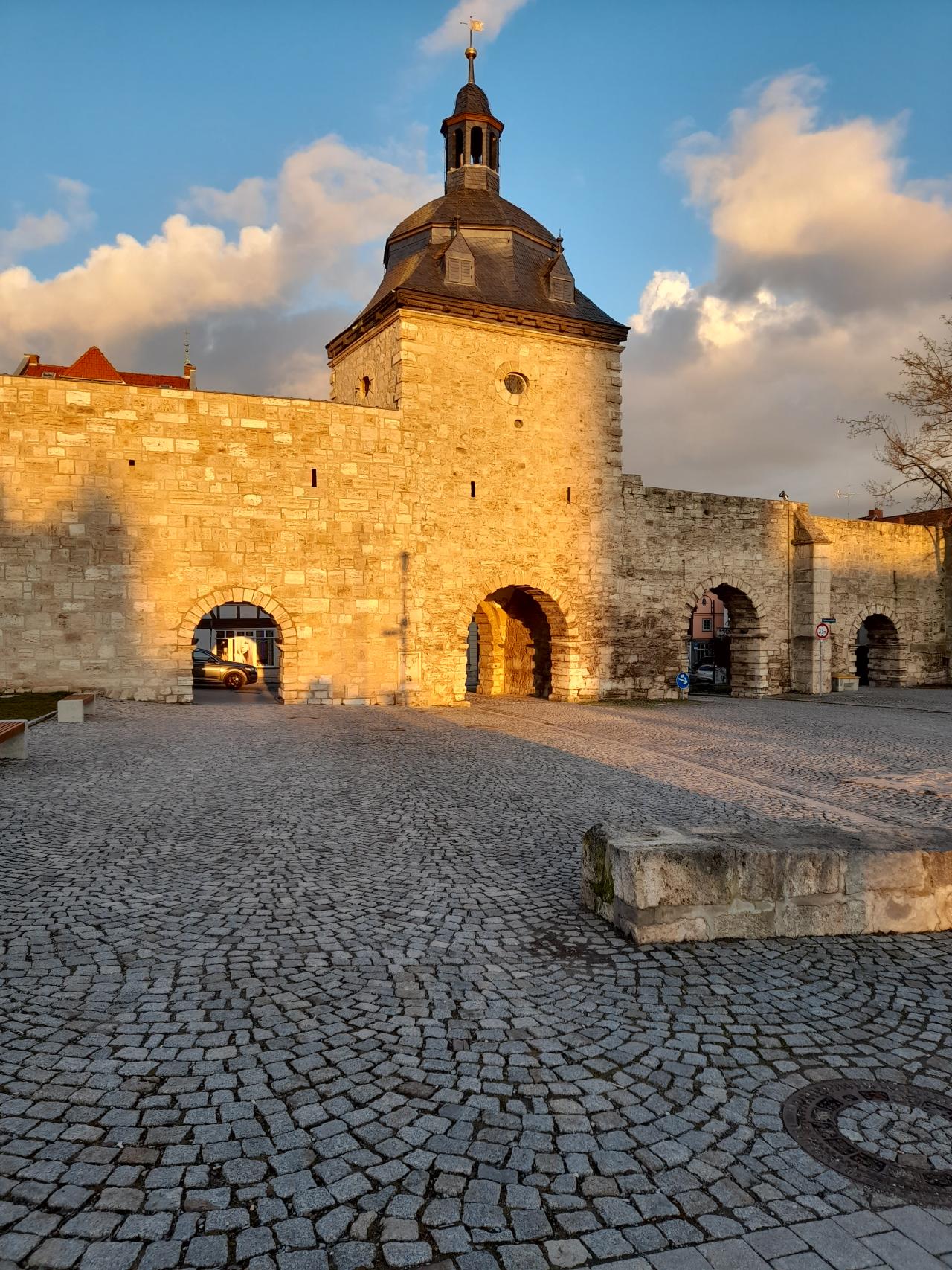 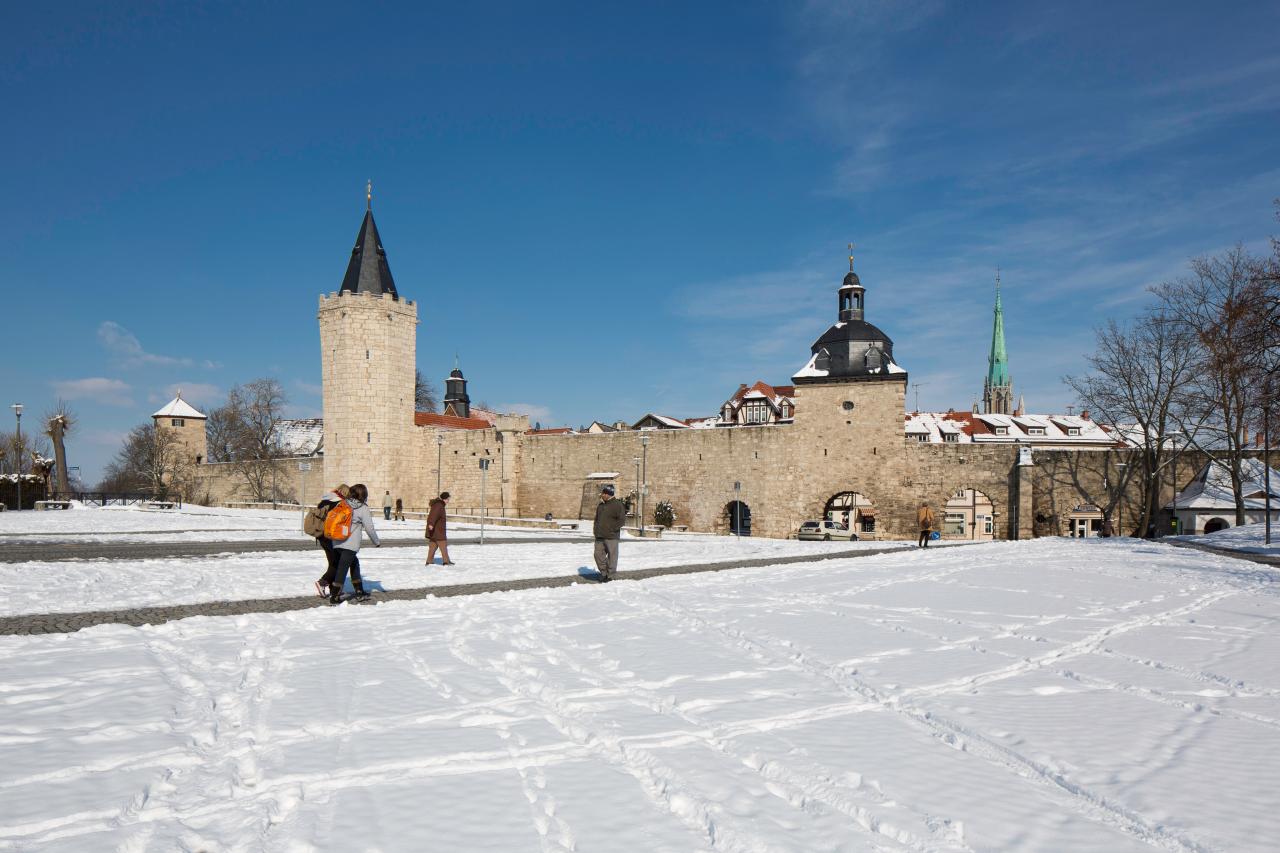 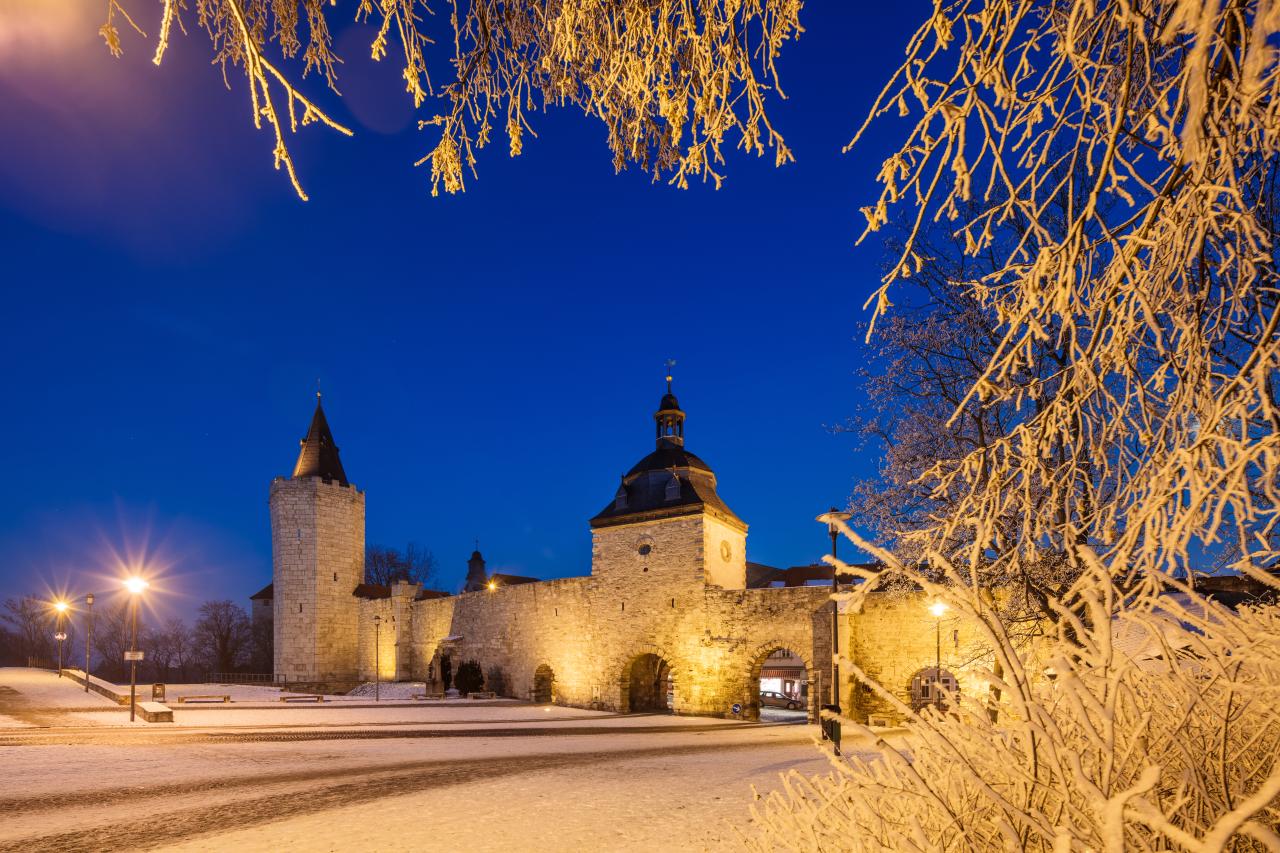