Next to the medieval deserted village of Popperode, whose inhabitants had moved to the nearby town, the Popperode spring was created, presumably in the year 1199, by a sinkhole. The water-rich stream powered several mills, filled fishponds and supplied the old town with water.

In Mühlhausen’s downtown the stream goes under the somewhat inscrutable name of Schwemmnotte/Swelmena. Grateful for the precious water it provides, the citizens of Mühlhausen regularly visit the spring and every June school children celebrate the Fountain Festival by decorating the pond with flowers and performing songs and dances. To beautify the place mayor Gregor Fleischhauer had the well house built in 1614 and the spring enclosed by descending stone steps imitating an ancient amphitheatre. It has been suggested that he thereby wanted to demonstrate his dedication to the town after having been in conflict with the city council for several years.

The massive ground floor of the well house features three arcades, resembling a stage to the semi-circular spring amphitheatre. The half-timbered upper story, decorated with St. Andrew’s crosses, is crowned with little corner turrets, a dwarf gable and a ridge turret. A balcony offers the possibility to address the celebrating audience. As one of the most scenic springs in the state of Thuringia Mühlhausen’s citizens like to take their guests to Popperode spring, proudly showing off the picturesque ensemble.

To better reach the popular tourist destination as well as a nearby restaurant a tram stop was established. However, the tram stopped operating in 1969. The restaurant had to be closed in 1963 because the lack of a sewage system in a drinking water protection zone.

Interior inspection is not possible |is used for wedding ceremonies | 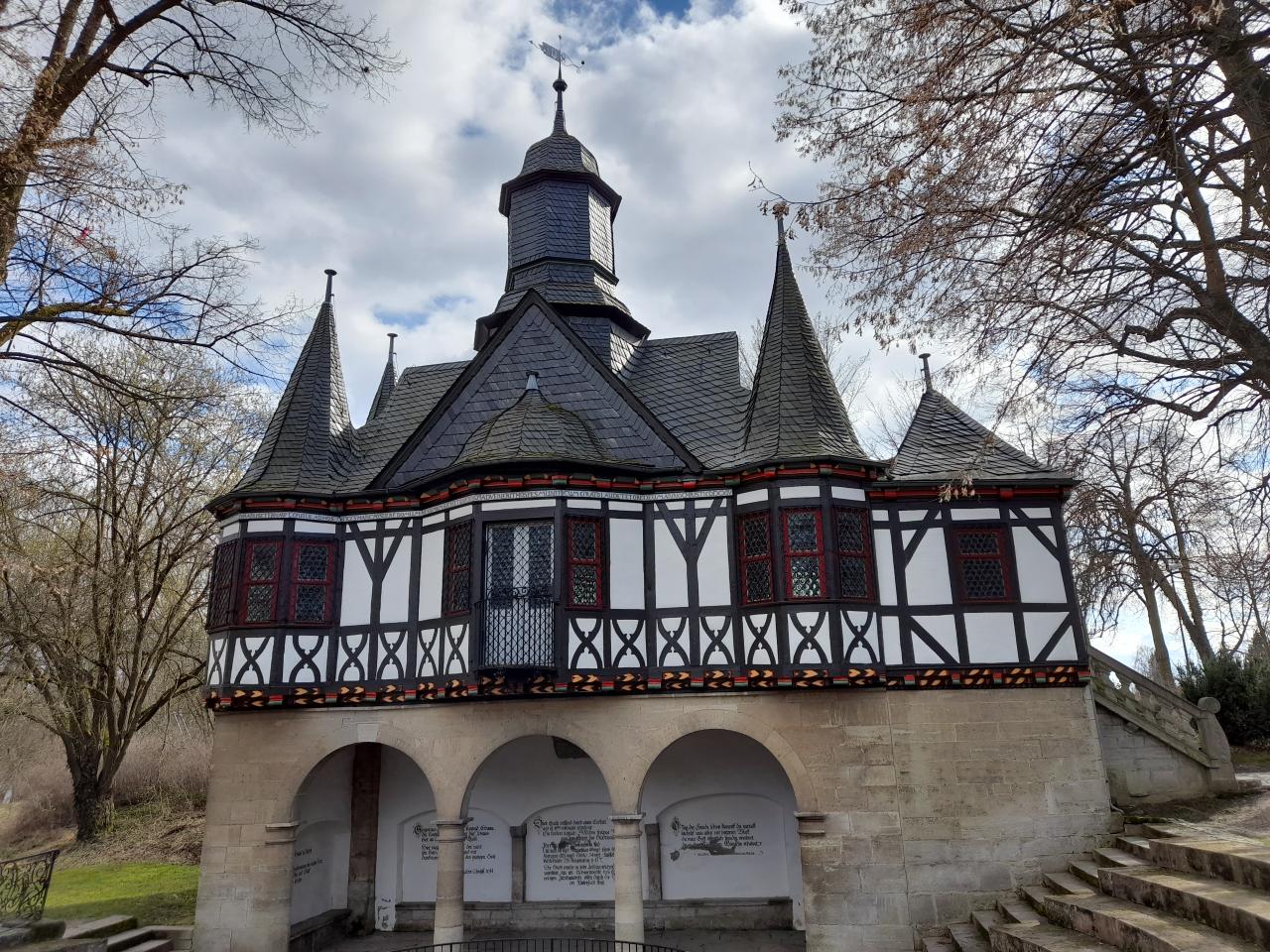 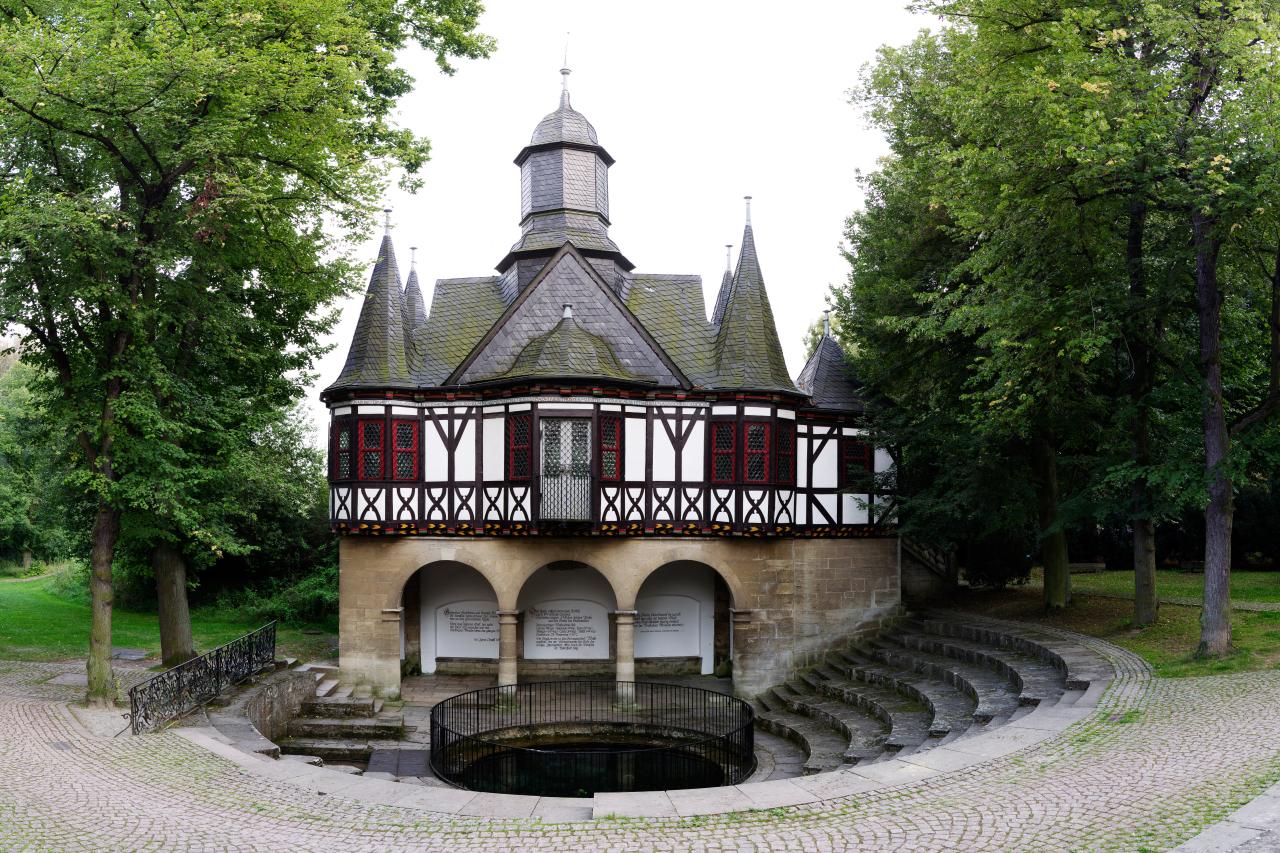 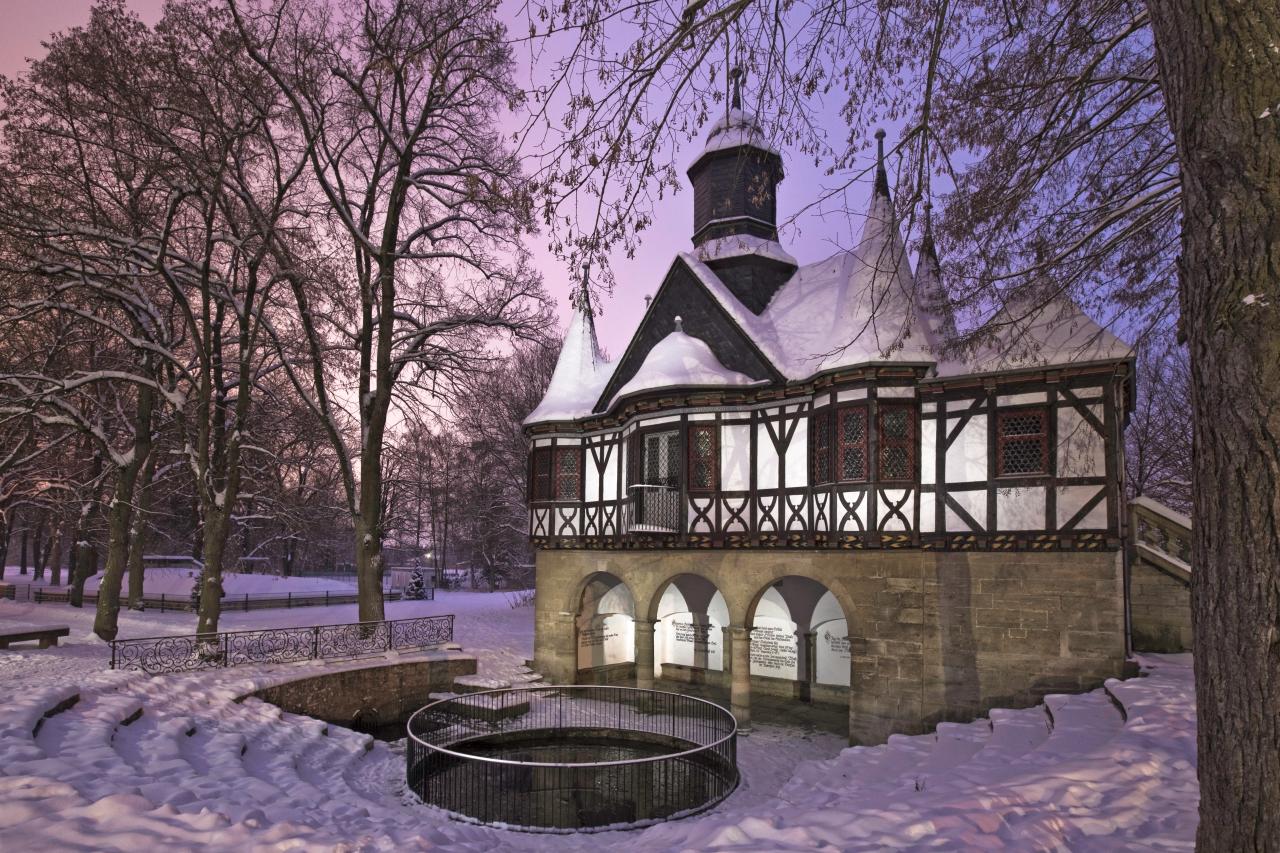 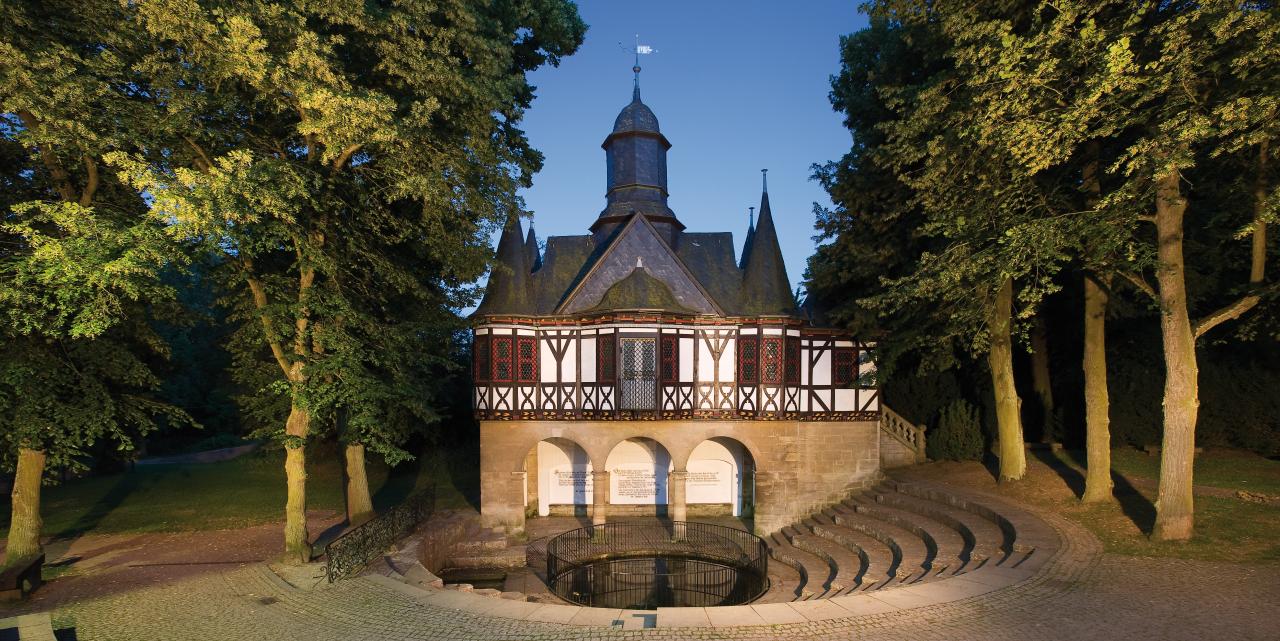