St. Anne's Chapel and House of the Church

With the construction of the city wall in the first half of the 13th century, the area southwest of the main parish church of Blaise the Divine was incorporated into the core city. In the process, the new defensive wall cut through an older street connection, which originally led via today's Kristanplatz south past the church via Untermarkt and Görmarstraße to the Unstrut ford beyond the Görmartor. The undeveloped area enclosed by the city wall directly next to the Church of Blaise the Divine, which was acquired by the Teutonic Order in 1227, was purchased by the Teutonic Order brothers of the old city commandery in 1262 in order to rebuild a larger, multi-sided courtyard there.

Before 1295, a chapel dedicated to St. Anne was added to this building complex, which goes back to a foundation of the Teutonic Order bishop Kristan von Samland, who was closely connected to his Mühlhausen home commend all his life. The artistically designed Gothic building of the St. Anne's Chapel with a polygonal end and a cross-rib vaulted hall was opened to the city side around 1500 with an ogee arch portal with a crossed barred wall. This gate, which was later walled up, became non-functional when the new superintendency was built in 1715/16 on the site of the medieval court of the Teutonic Order, from whose entrance hall one enters the St. Anne's Chapel. The two-story baroque building of today's Church Community Centre was extensively renovated and modernized in 2011/12. With several recreation rooms, the large hall on the upper floor, the parish office on the first floor and the extensive garden along the city wall, the Church Community Centre serves as a parish center for the city's Protestant Christians.

The large half-timbered building to the east of the church house is another testimony to the enormous changes that began in Mühlhausen with the implementation of the Reformation. The oldest part facing the church had to be erected by the Teutonic Order brothers in 1566 on the grounds of their old town commandery at their own expense as a school and made available to the town. The end of the presence of the Teutonic Order in Mühlhausen since 1227 had long been heralded. The council took over the patronage of the Mühlhausen churches and the town's school system until the end of the imperial town era in 1802, when the circumstances again changed fundamentally.

St. Anne's Chapel and House of the Church
Kirstanplatz 1
99974 Mühlhausen 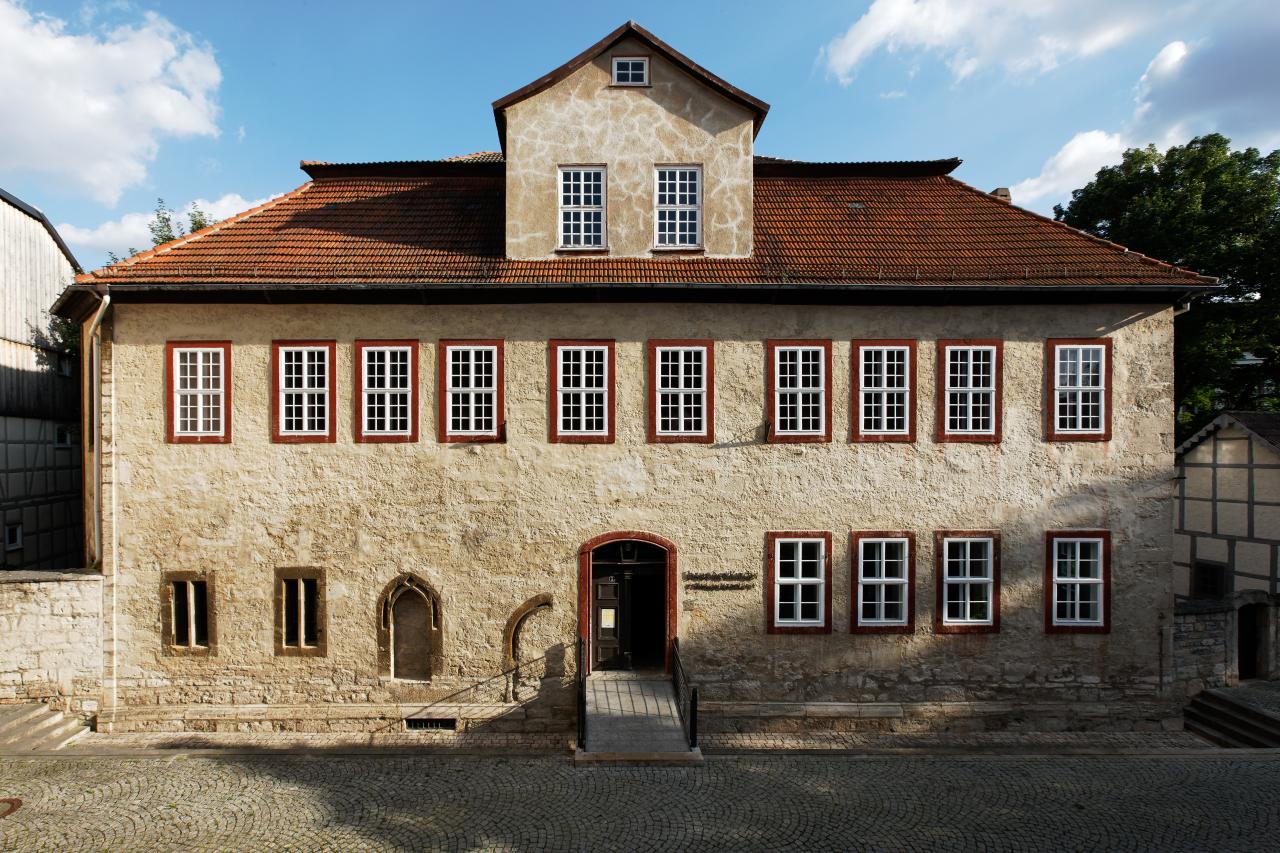 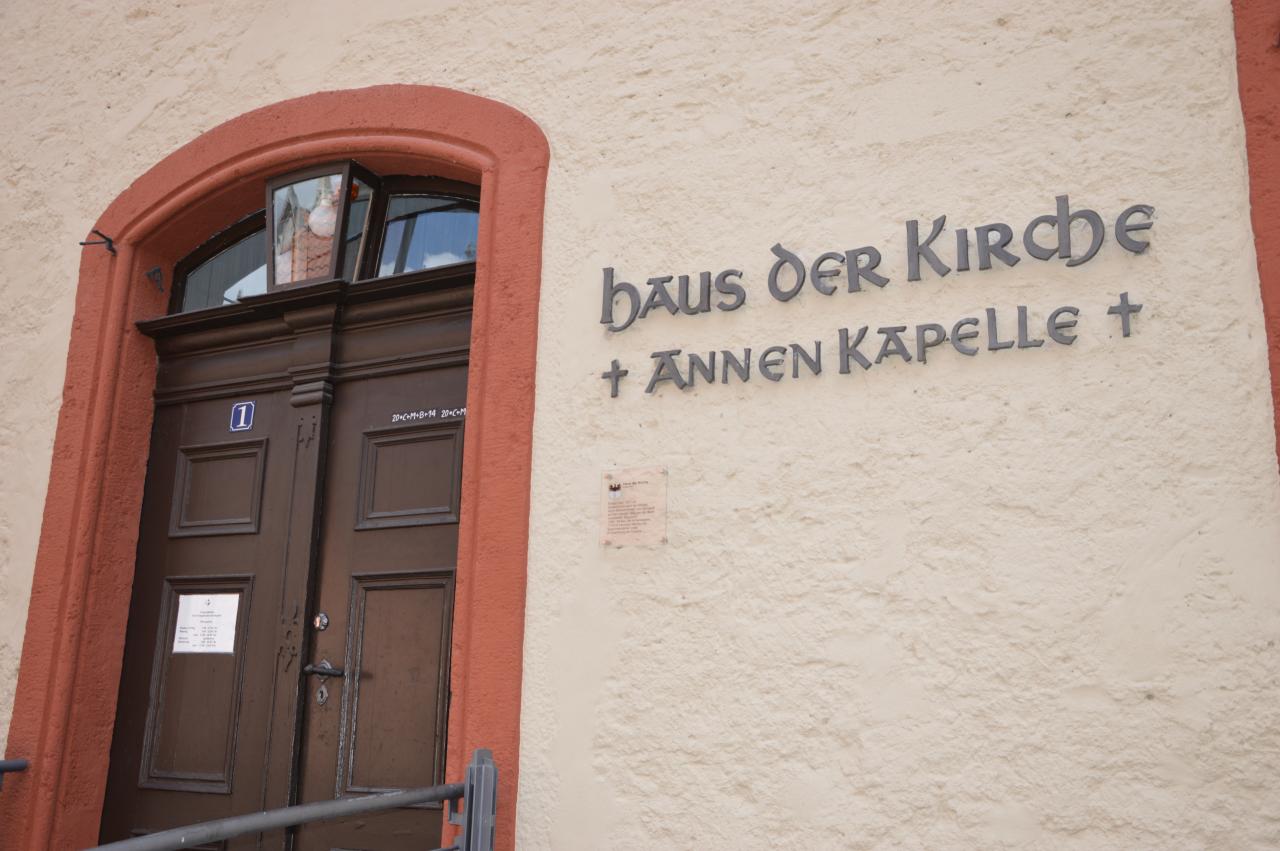