Historical documents report about rabbis living in Mühlhausen as early as 1346, indicating the existence of a synagogue in the town. The first direct evidence of a synagogue dates back to 1380, when a new community was formed after the plague pogrom of 1349. The new synagogue was located somewhere in today’s Jüdenstraße, but its exact location remains unknown. In 1560, decades after the Jews had left the city, the medieval synagogue was mentioned once more as being desolated. In the 17th century a new Jewish community emerged, and for a long time its members used the prayer room in the Jüdenstraße 20. Only in 1839 was the community able to purchase a property in order to built a proper synagogue. The building was consecrated on 6 August 1841 with large participation from Mühlhausen’s citizenry. During the pogrom night of 9 November 1938 the Synagogue was devastated by the entourage of the local NSDAP leader, and rabbi Max Rosenau was gravely wounded. On the next day Torah scrolls, furnishings and papers of the community were burnt on the Rieseninger Berg. In the following years the Jewish community was extinguished. After 1945 the buildings were returned to the newly founded Jewish community but it didn’t last long. After many Jews fled the city after 1948 the community practically ceased to exist and the state-level organization of the Jews in Thuringia took over custodianship over the property. The synagogue building henceforth was used as storage place until the 1990s. Following a private initiative, Mühlhausen’s synagogue was extensively renovated prior to the 60th anniversary of the pogrom night. The renovations were carried out by the Jewish Community of Thuringia with support by the city of Mühlhausen and many private donors. At the consecration on 9 November 1998 Mühlhausen invited former Jewish citizens from all over the world. Today the synagogue is once more a place of worship and centre for learning more about Jewish religion, culture and history. 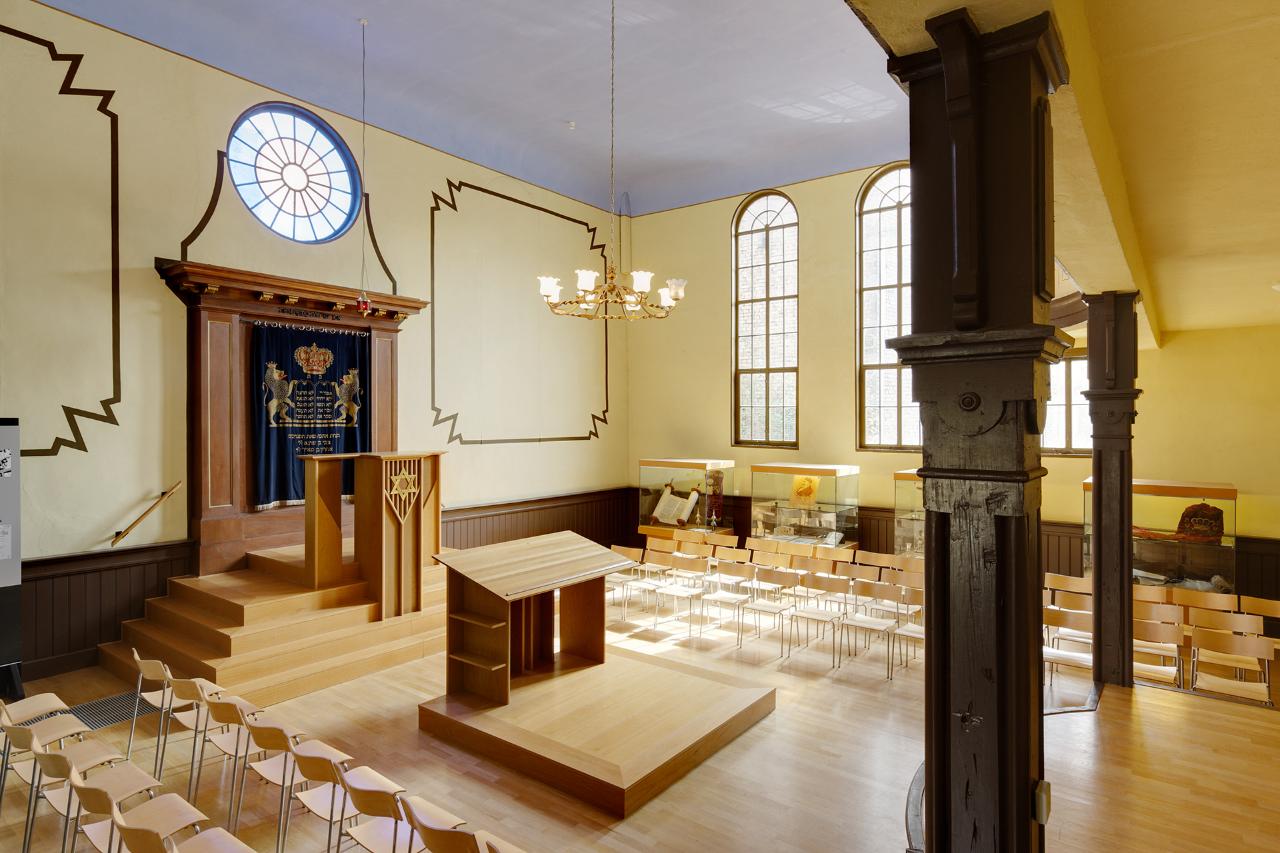 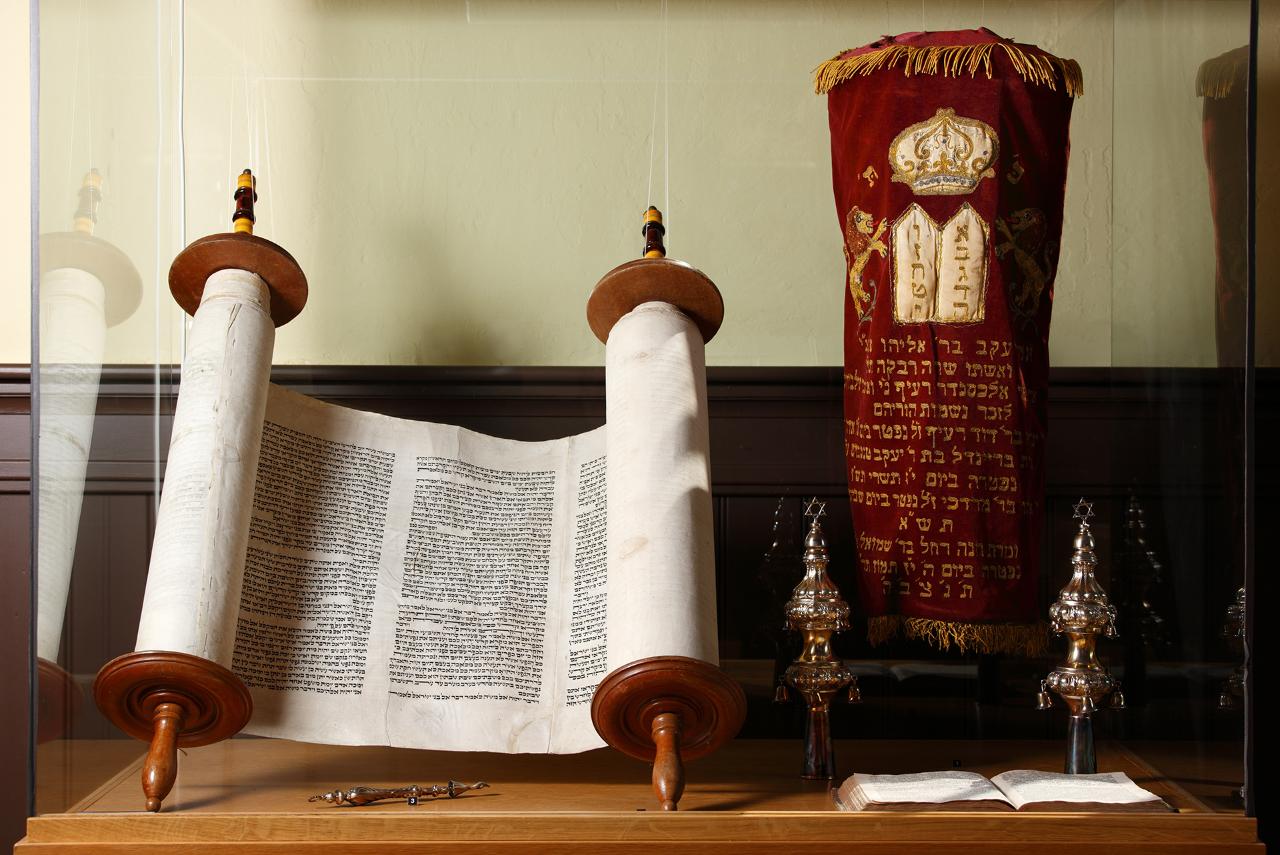 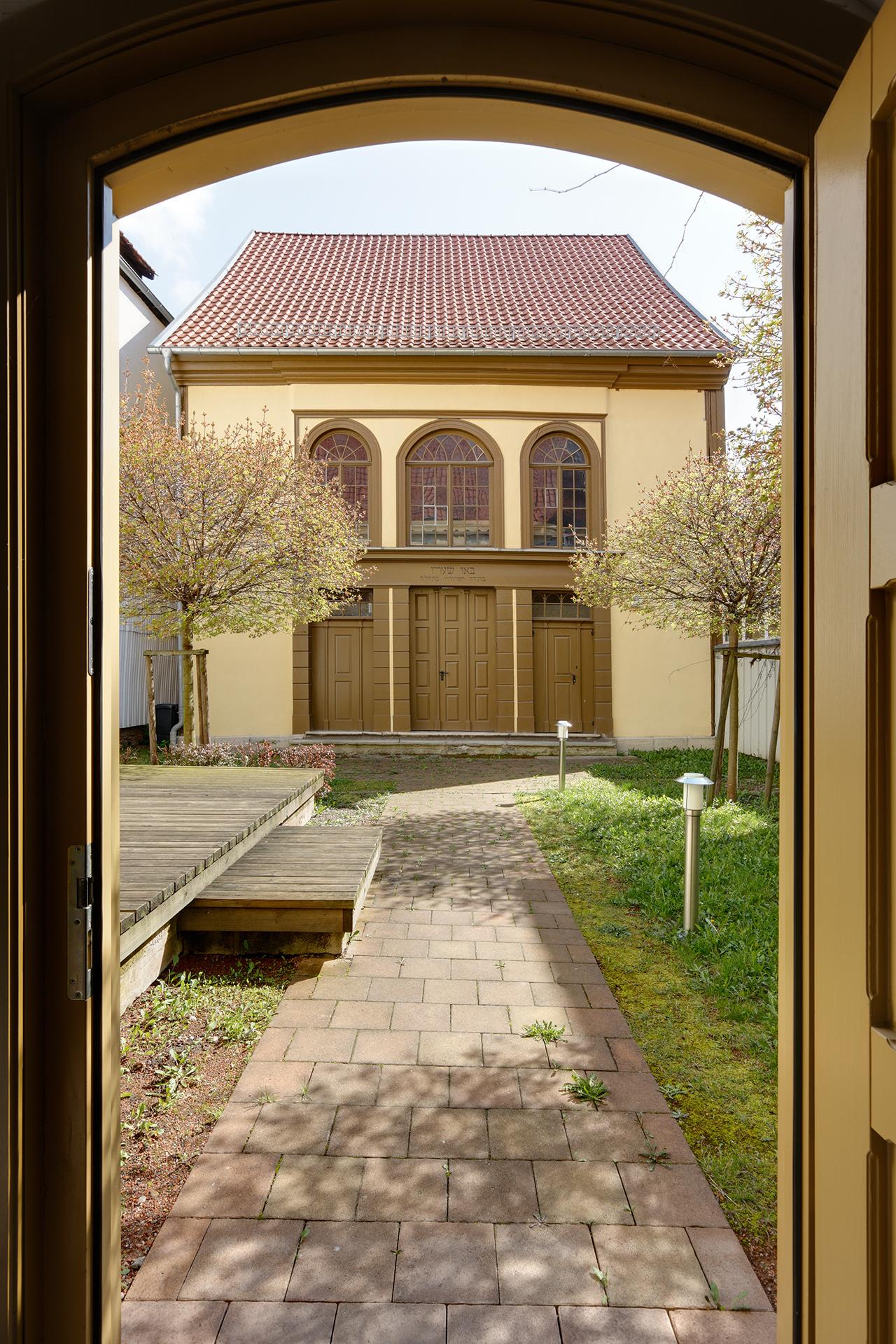