St. Boniface Chapel, like St. Joseph's, belongs to the diocese of Erfurt.

In 1851, construction begins on the chapel at Blobach 5 in the neo-Gothic style (consecrated on 16 November 1851). The Roman Catholic parish in Mühlhausen had 200 parishioners at that time. In 1862 the chapel was extended and a tower was added. In 1959 the chapel was renovated and redesigned. It received a new altar, a new choir cross, a new confessional and new church windows. On 19 July 1959 the new altar and chancel cross were consecrated. In 1972 the chapel's chancel was renovated and redesigned in accordance with the liturgical requirements of the Second Vatican Council. The altar, ambo (raised reading desk in churches) and priest's seat are made of iron and wood, the tabernacle and candlestick are newly created. In 1985 (June/July) the tower of the chapel is newly covered with slate and the tower cross is renewed. The inauguration of the chapel took place after one year of construction on 14 June 2009. The catholic kindergarten was enlarged and a part of the church was used for this purpose. 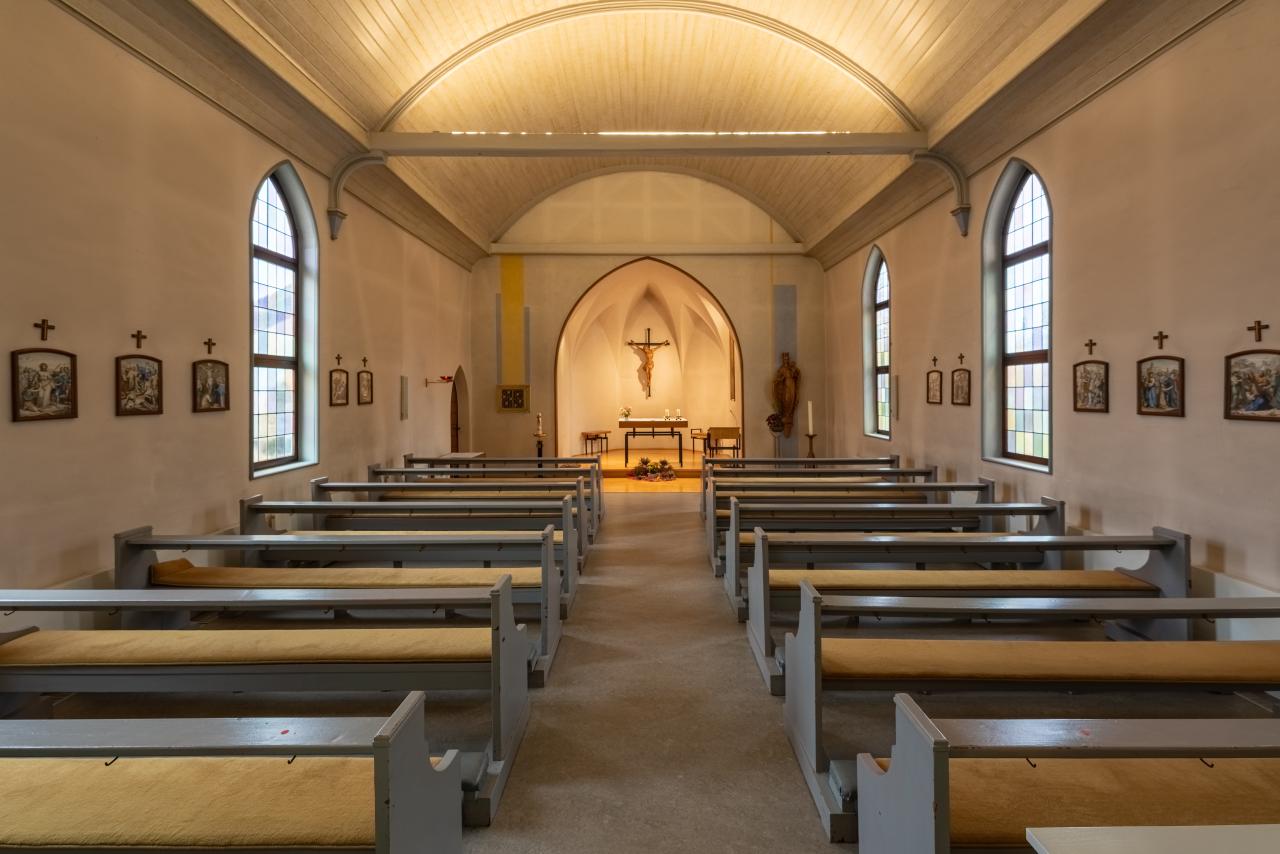 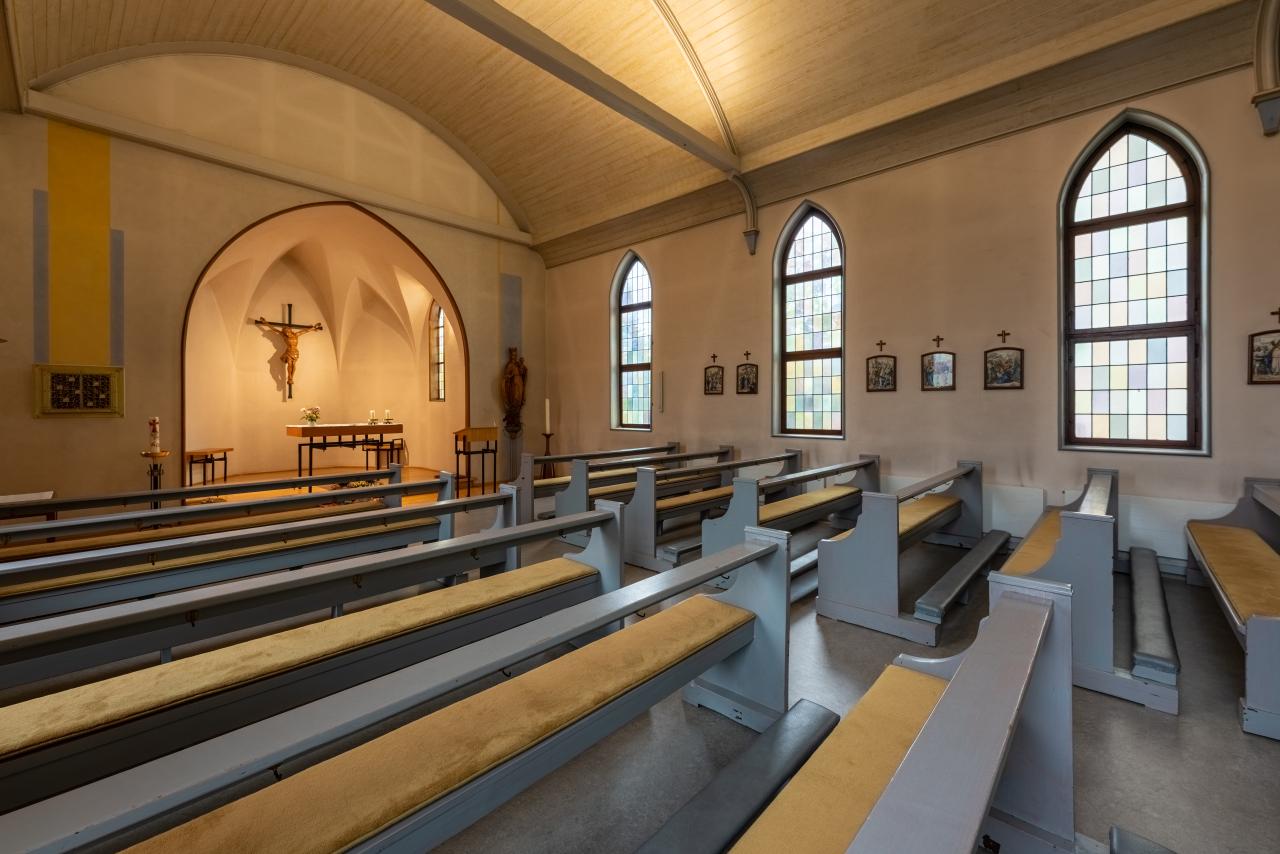 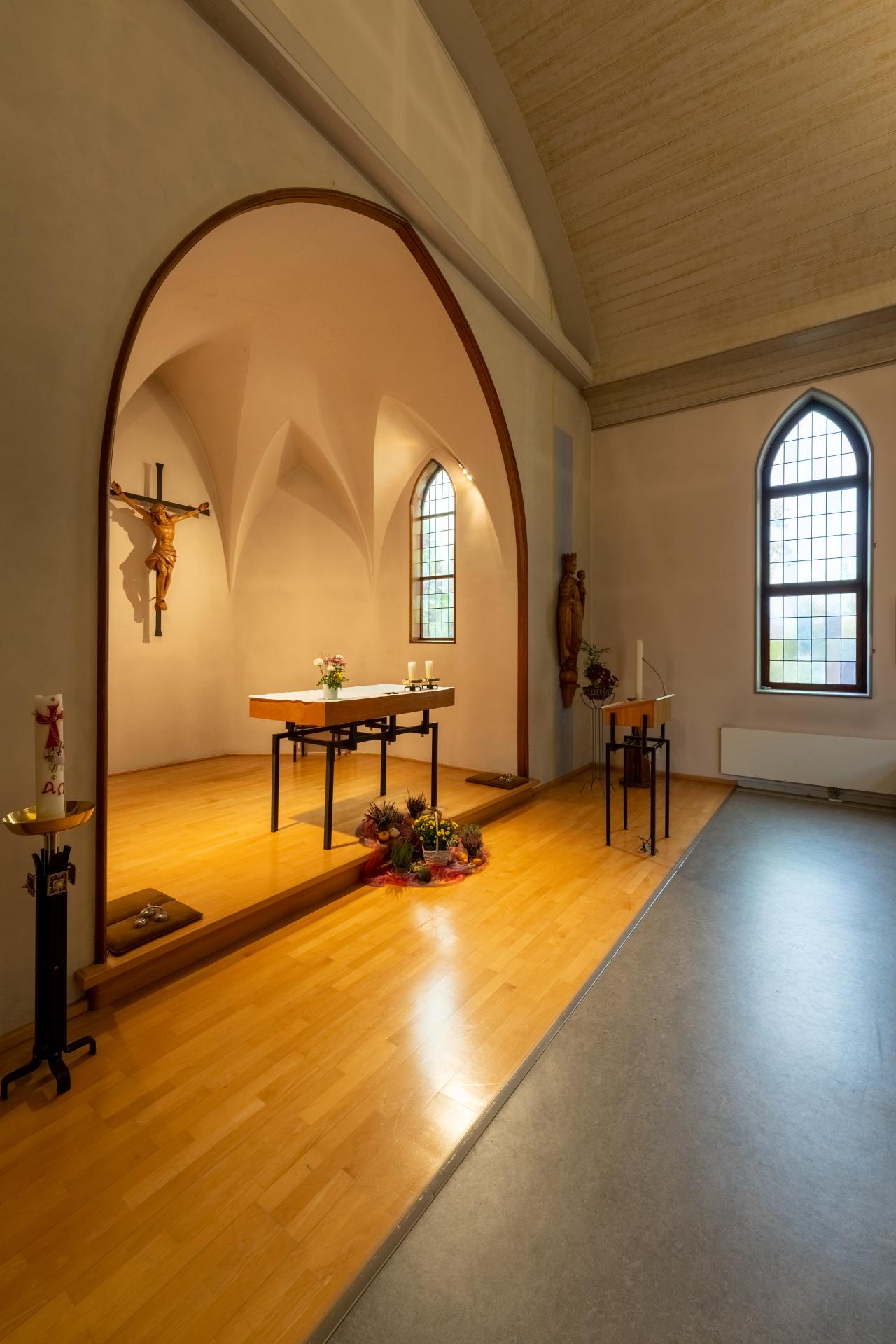 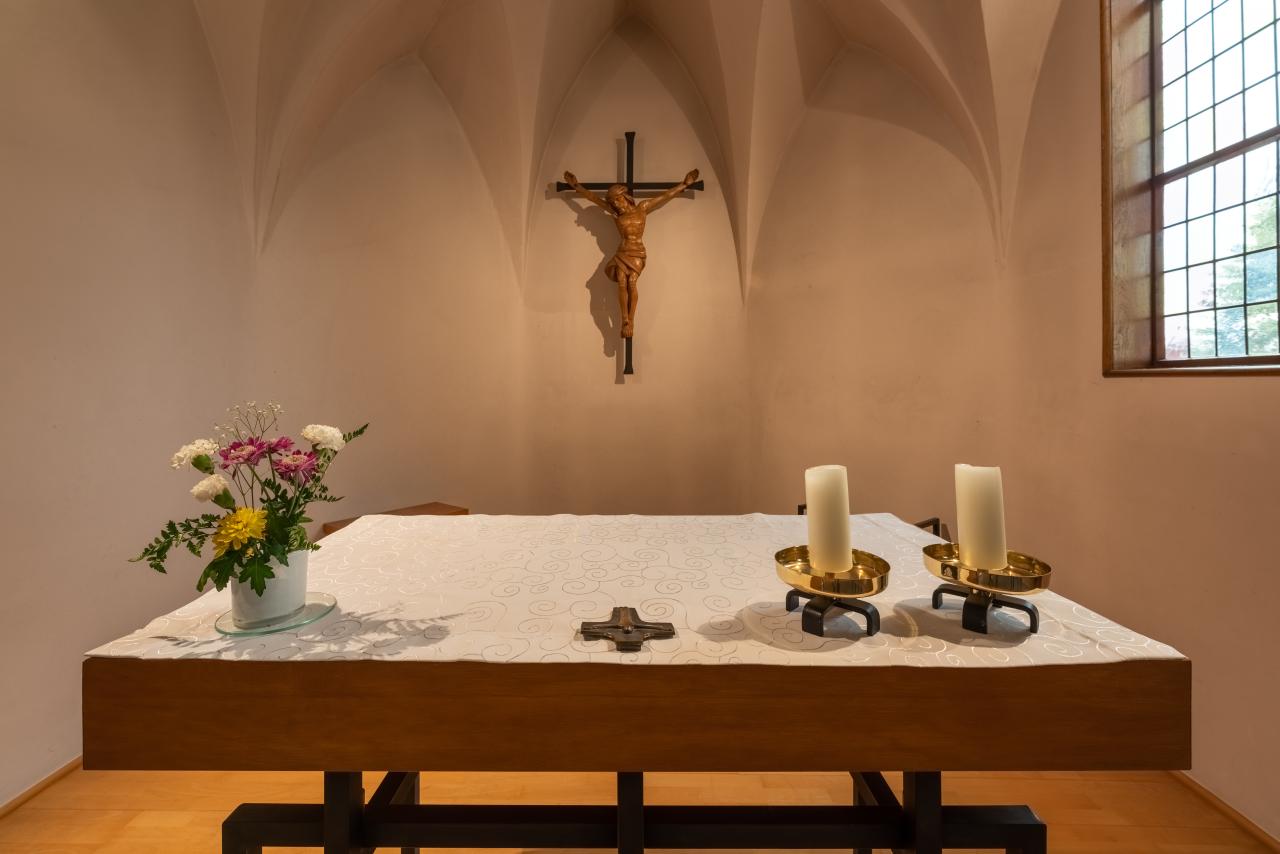 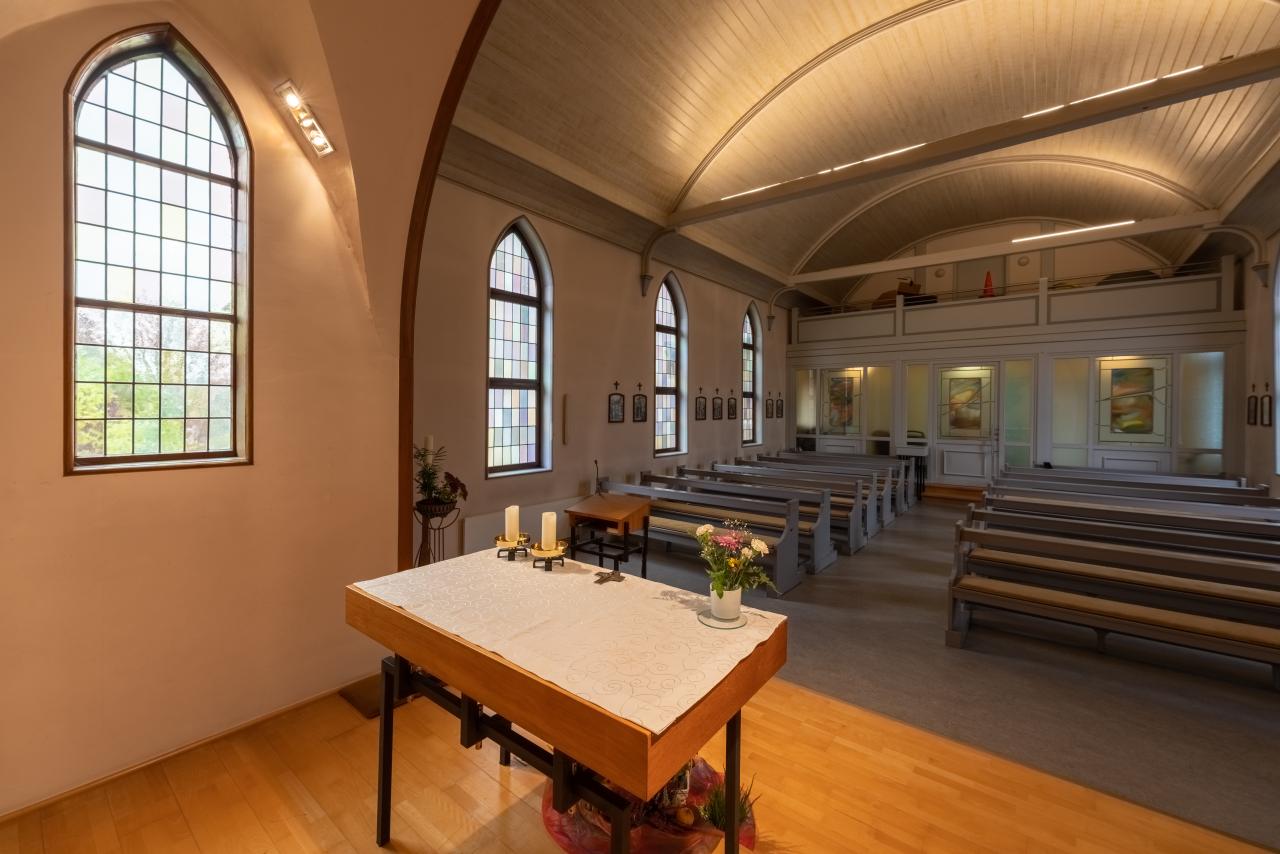 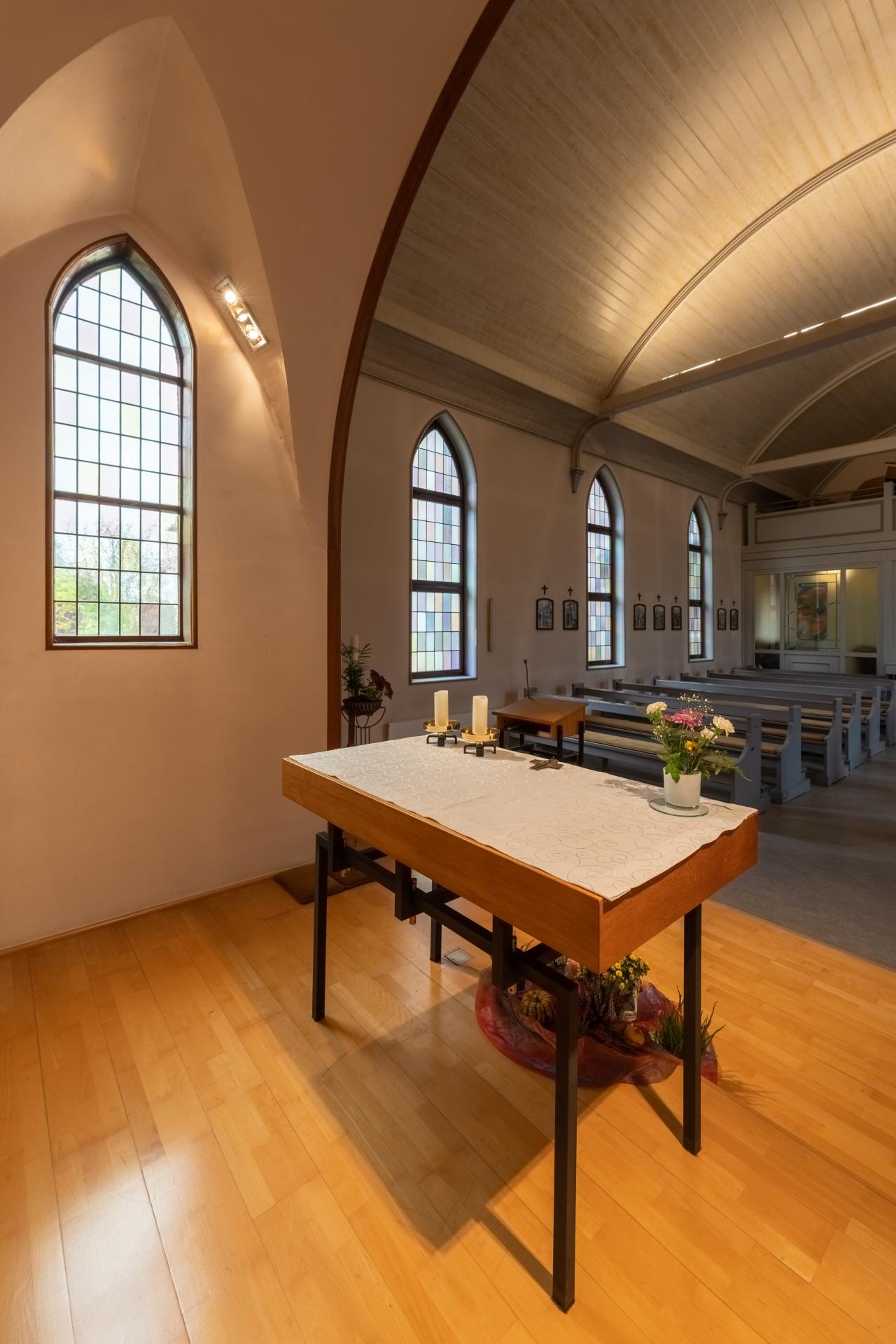 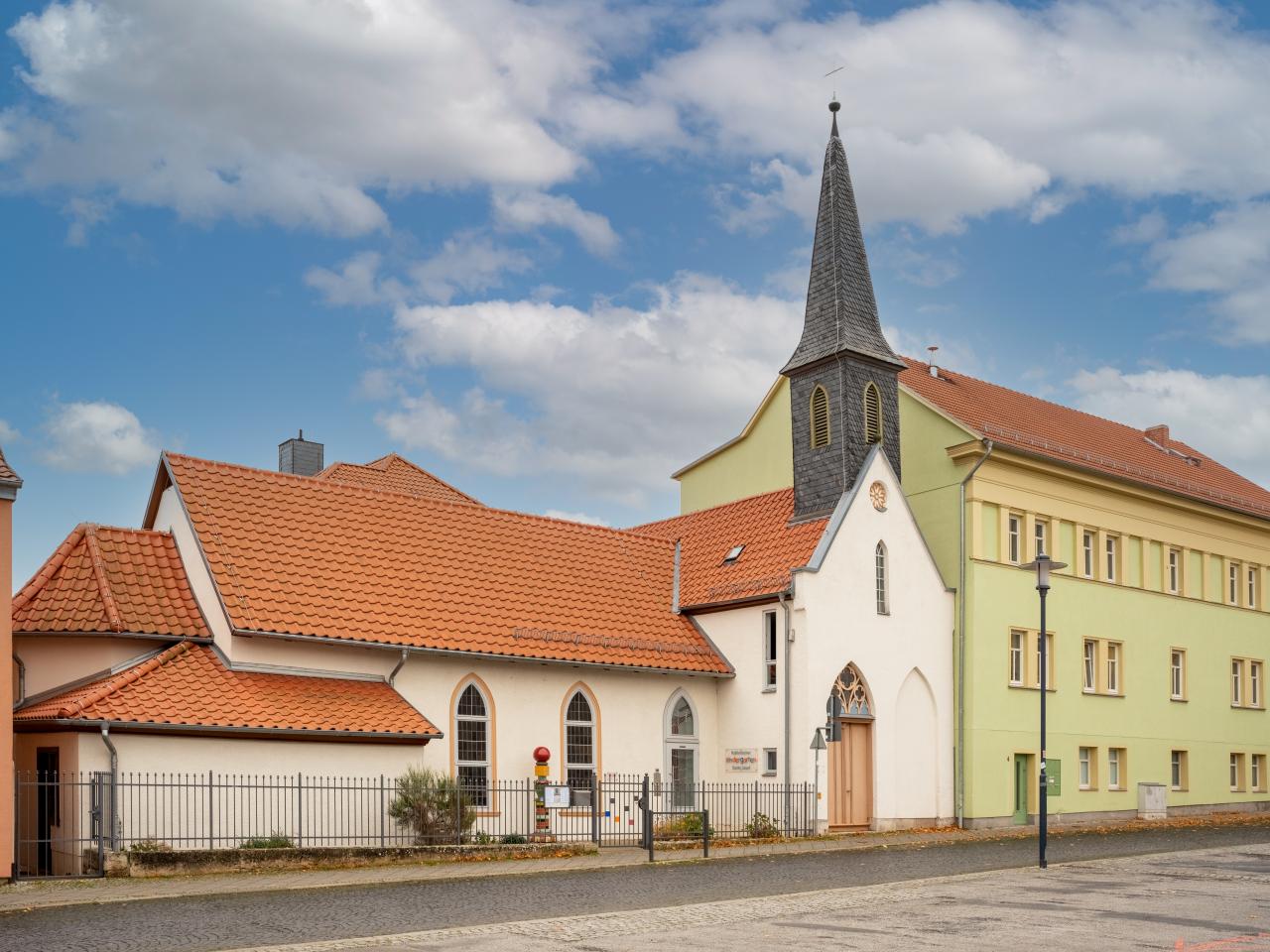