After the beginning of the city wall construction from 1203/04, the until then vacant area north of the Inner Frauentor was used to build the first hospital in the emerging imperial city of Mühlhausen. The hospital chapel, built around 1270, is the oldest completely preserved church in the town. For centuries, needy people, i.e. people limited by age and illness, found shelter in the Antoniushospital. In the meantime, it was used as the depot of a monument preservation company, and after the company moved out, a group hostel with seminar and leisure facilities opened here in 2003. Since 2019, this has been run by an association that is committed to the inclusion of people with disabilities. The former hospital grounds are closely linked to its early modern buildings, the large town houses at Holzstraße 11 and 12, which are now used by the same association for an inclusive neighborhood project. 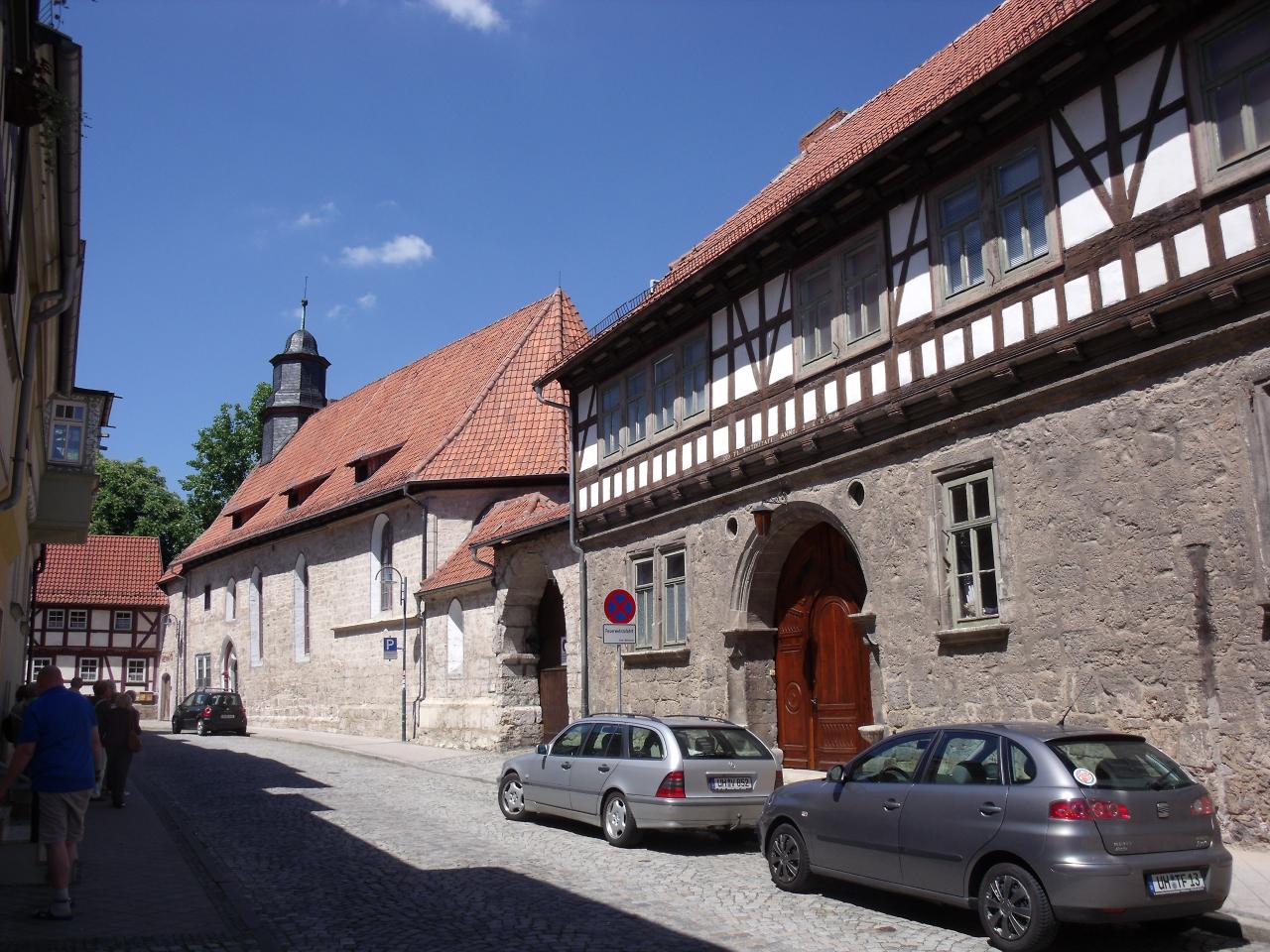 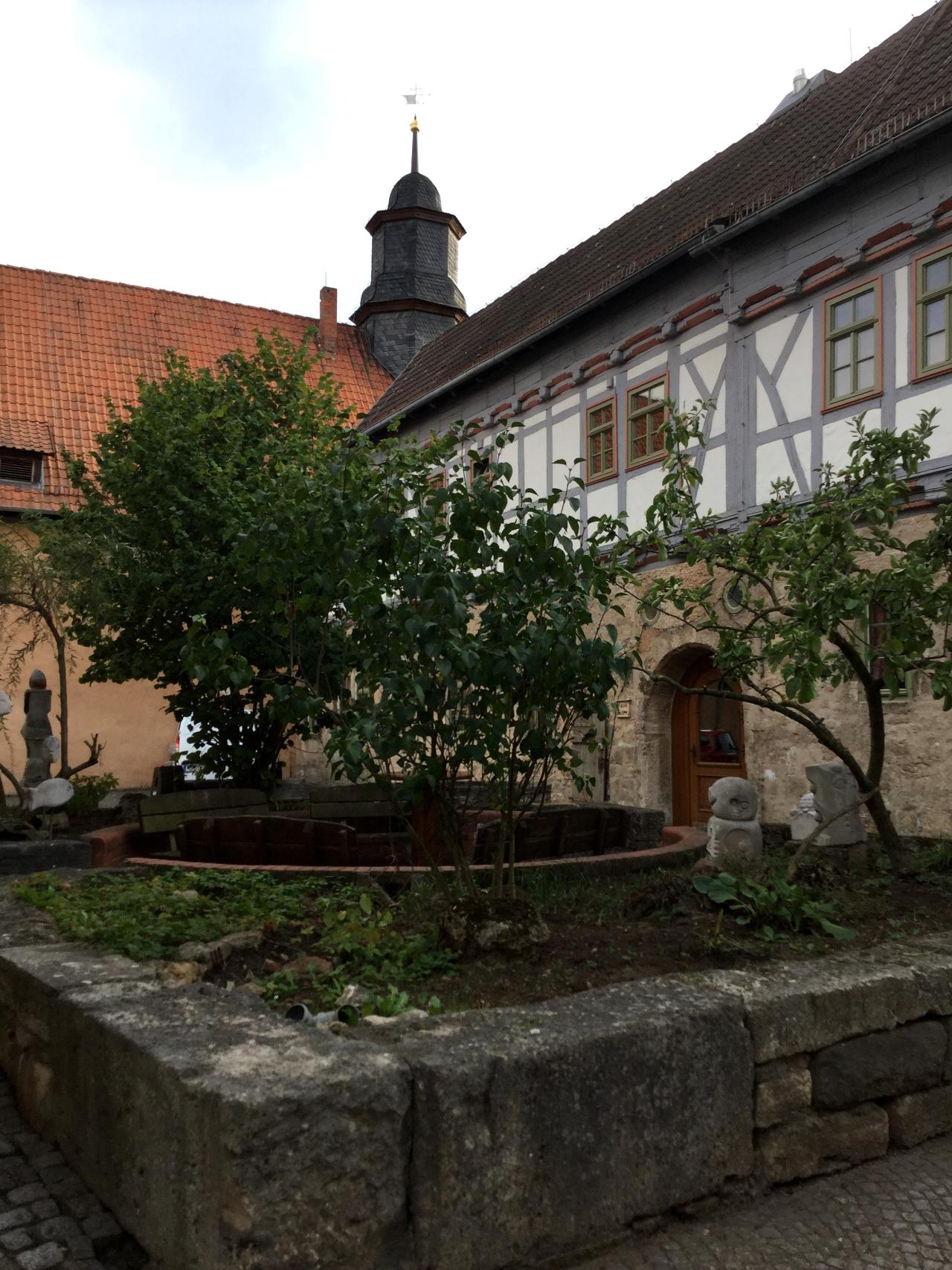 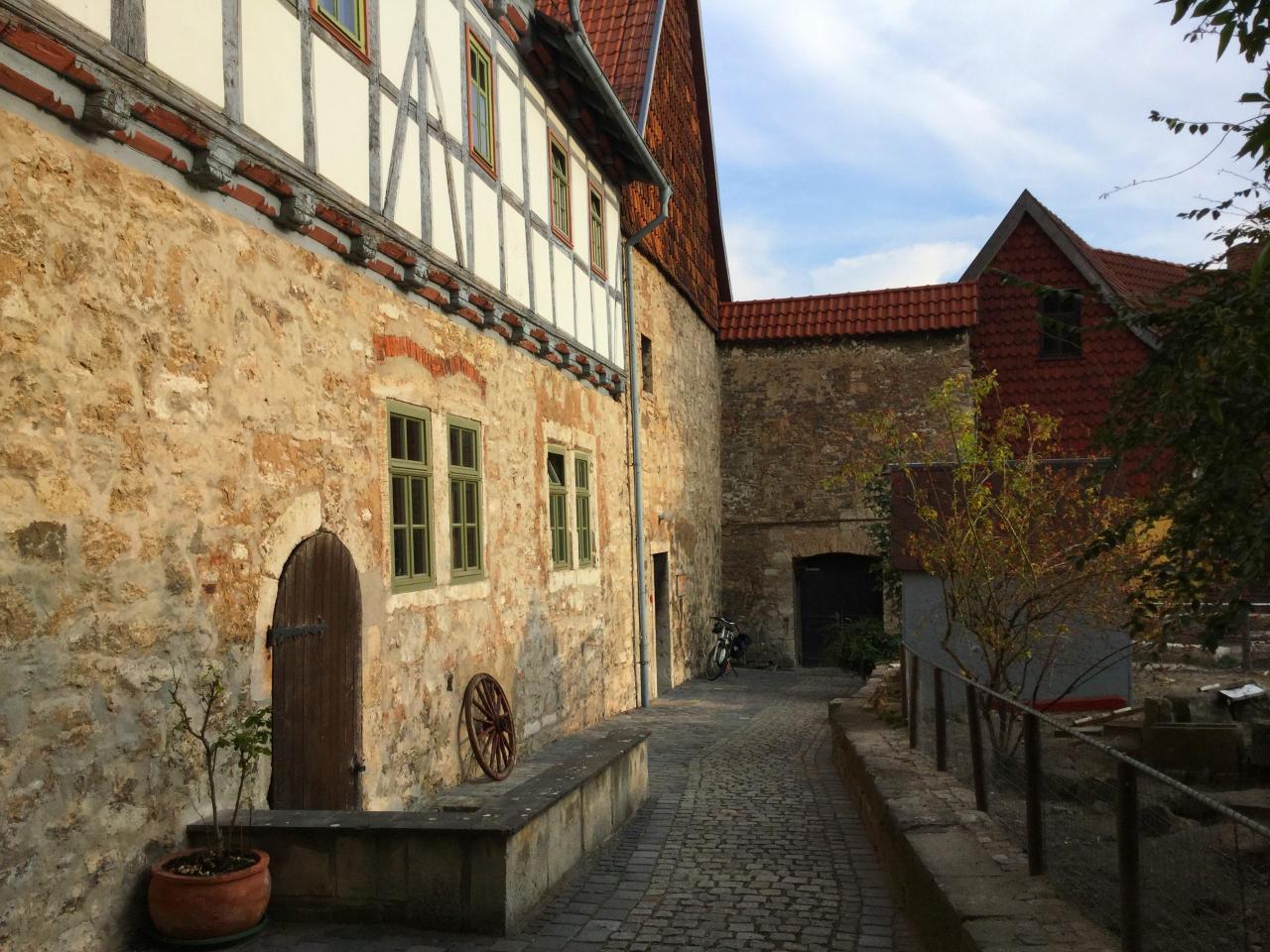