When St. Kilian’s Church received a complete makeover between 2003 and 2006 archaeologists found a stone hall church measuring roughly 10 x 5 metres, which turned out to be the first structure built on that site. Other findings in the area are suggesting the existence of an early settlement centre, not far from the Ottonic royal palace that existed at the same time and that was located in the vicinity of St. Mary’s Church and the associated craftsman settlement, which was situated near today’s Feldstraße. After Mühlhausen had developed into a royal city in the 12th century, St. Kilian’s Church was enclosed within the city wall since the early 13th century, however, it thereby also became separated from its eastern neighbourhoods and occupied a rather peripheral position within the city, being situated between the city gates Görmartor and Erfurter Tor.

The church and its uncommon patron saint was first mentioned in 1250. In 1287 it came under control of the Teutonic Order and was incorporated as a dependent chapel into the Church of Blaise the Divine at the Untermarkt (lower market). Only after the Reformation, in the 18th century, became St. Kilian’s a parish church again. The last service was held on 8 May 1966. After decades of usage as warehouse restoration works in 1991/92 saved the steeple that was build around 1300 with its tower top from 1707. Ten years later the Gothic-style nave, rebuilt in 1422 after a fire, was also renovated. Subsequently the church became the home of the theatre workshop “3 K”. Of the more recent furnishings the ceiling paintings in the wooden barrel vault have been preserved. The renovated altar of St. Kilian was transferred to the Catholic St. Martin’s Church in Hüpstedt where it is again used today.

Near St. Kilian’s Church stood a “court lime tree”, named after the patron saint, which was the place of a local court according to the Mühlhausen code of law from the 13th century. Here four times a year, on fixed dates, disputes were settled regarding the usage of citizens’ farmland outside the city walls. In 1857 the court lime tree was felled as it hindered the increasing traffic on the intersection of Kilianistraße and Görmarstraße. 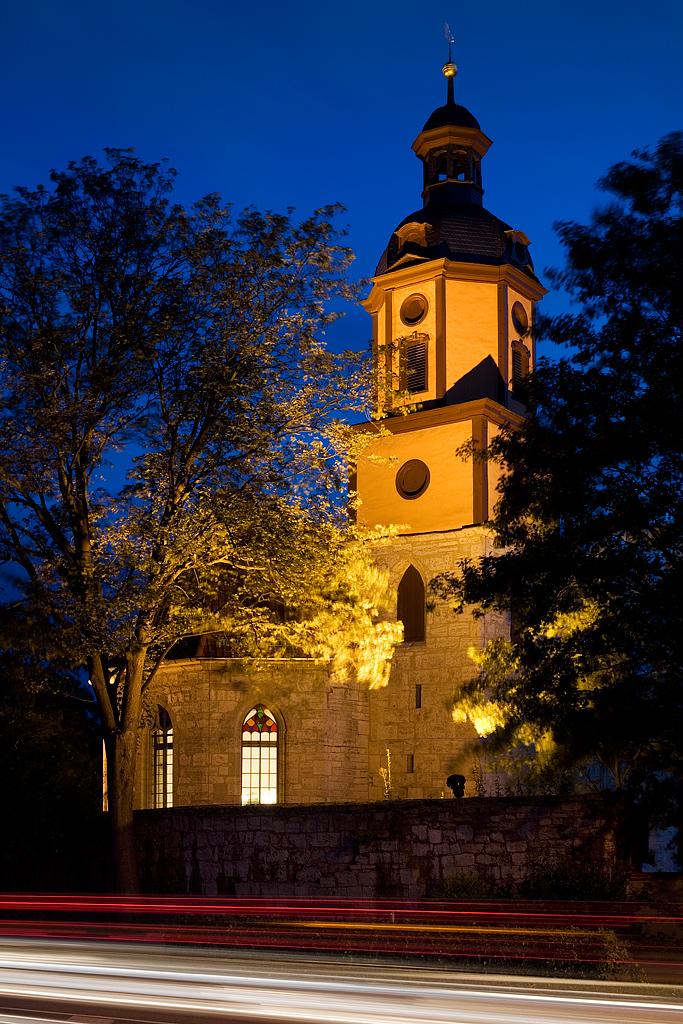 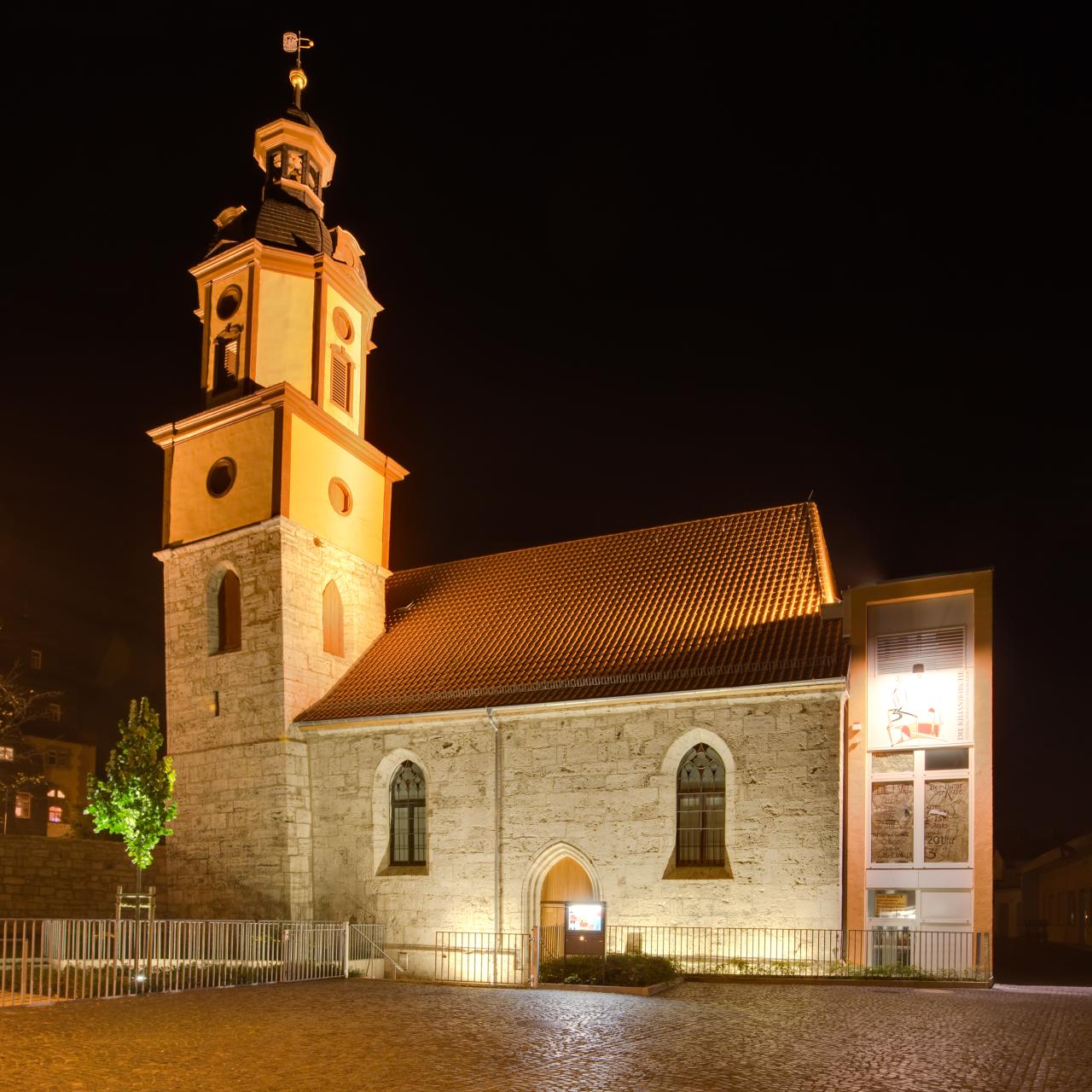 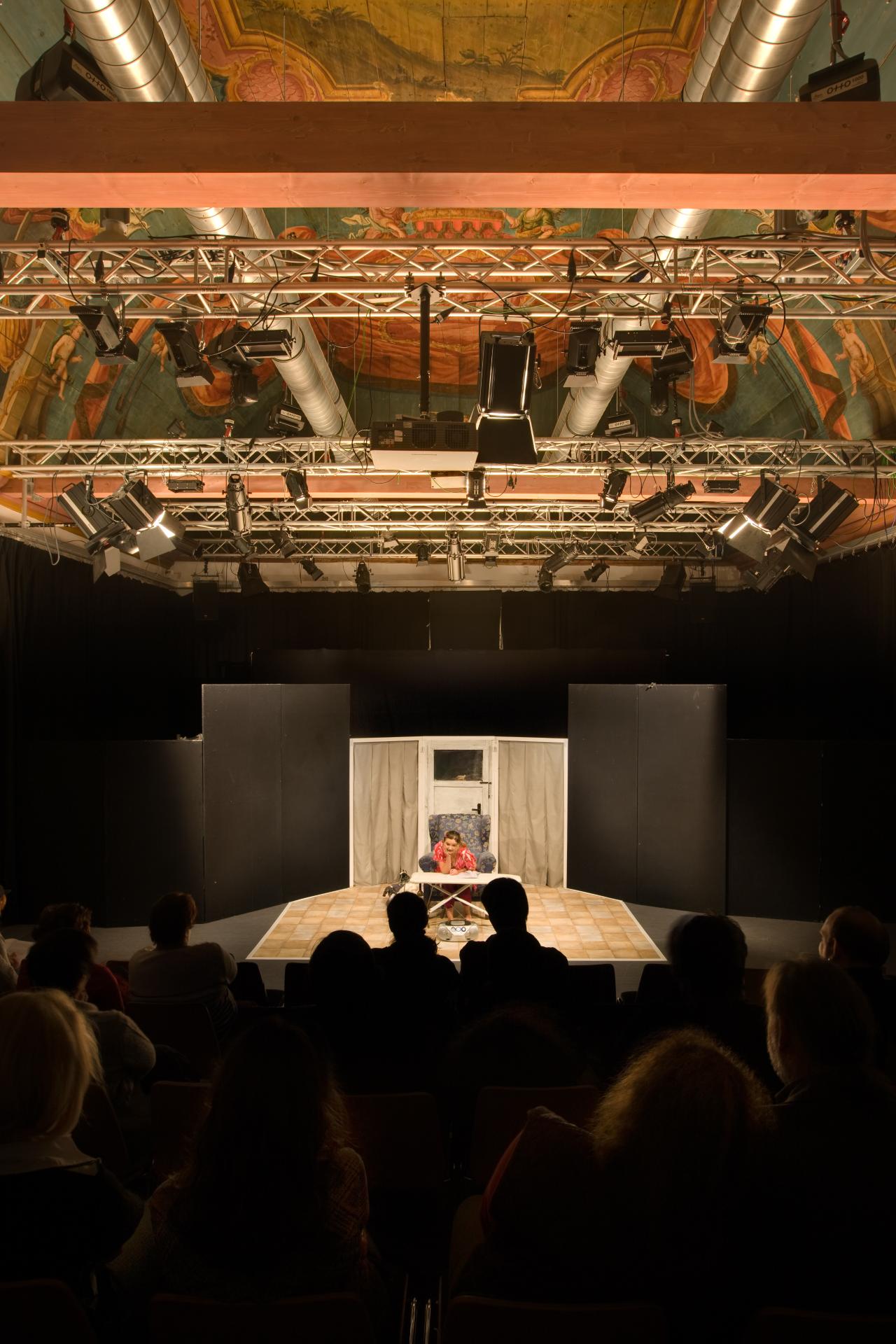 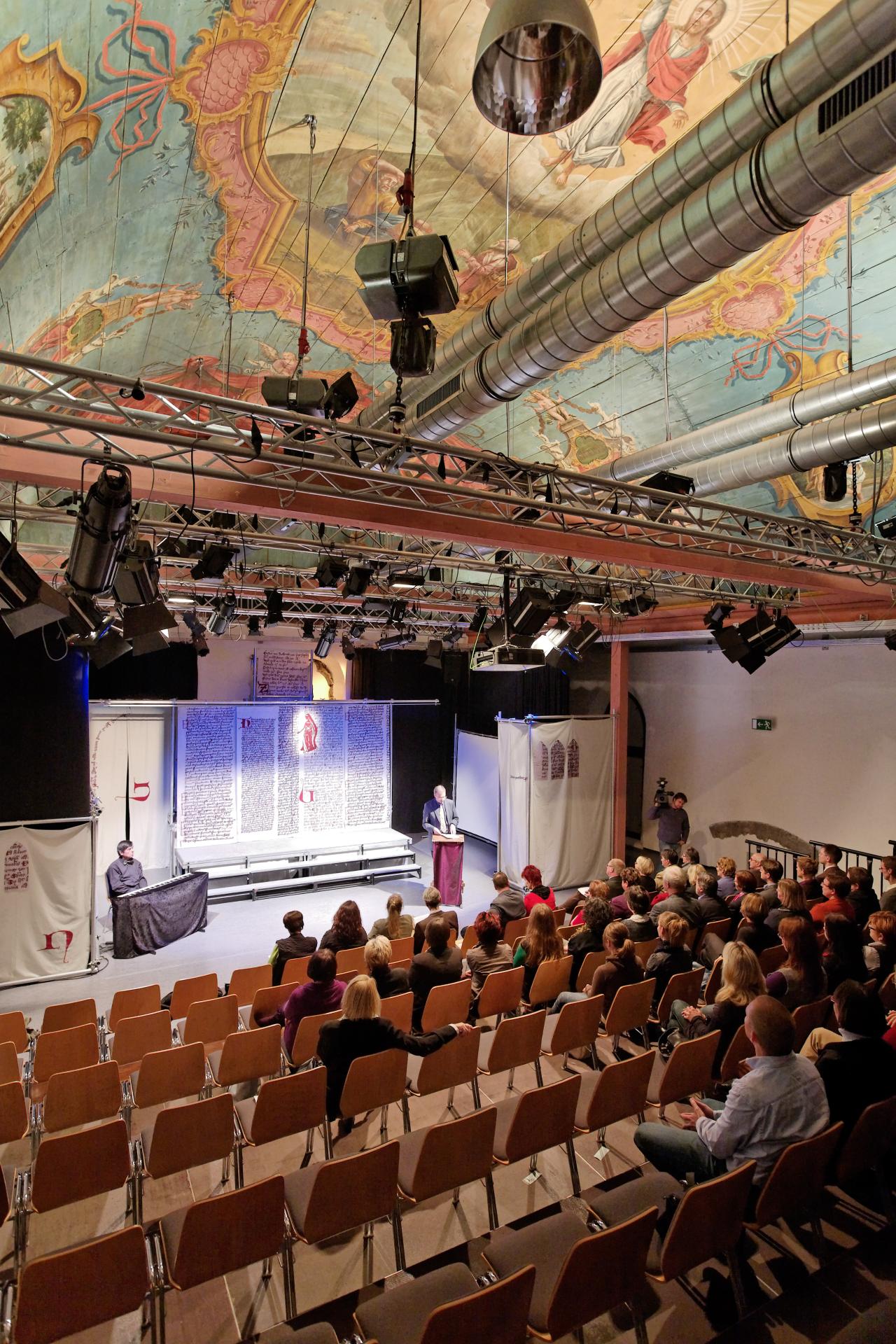 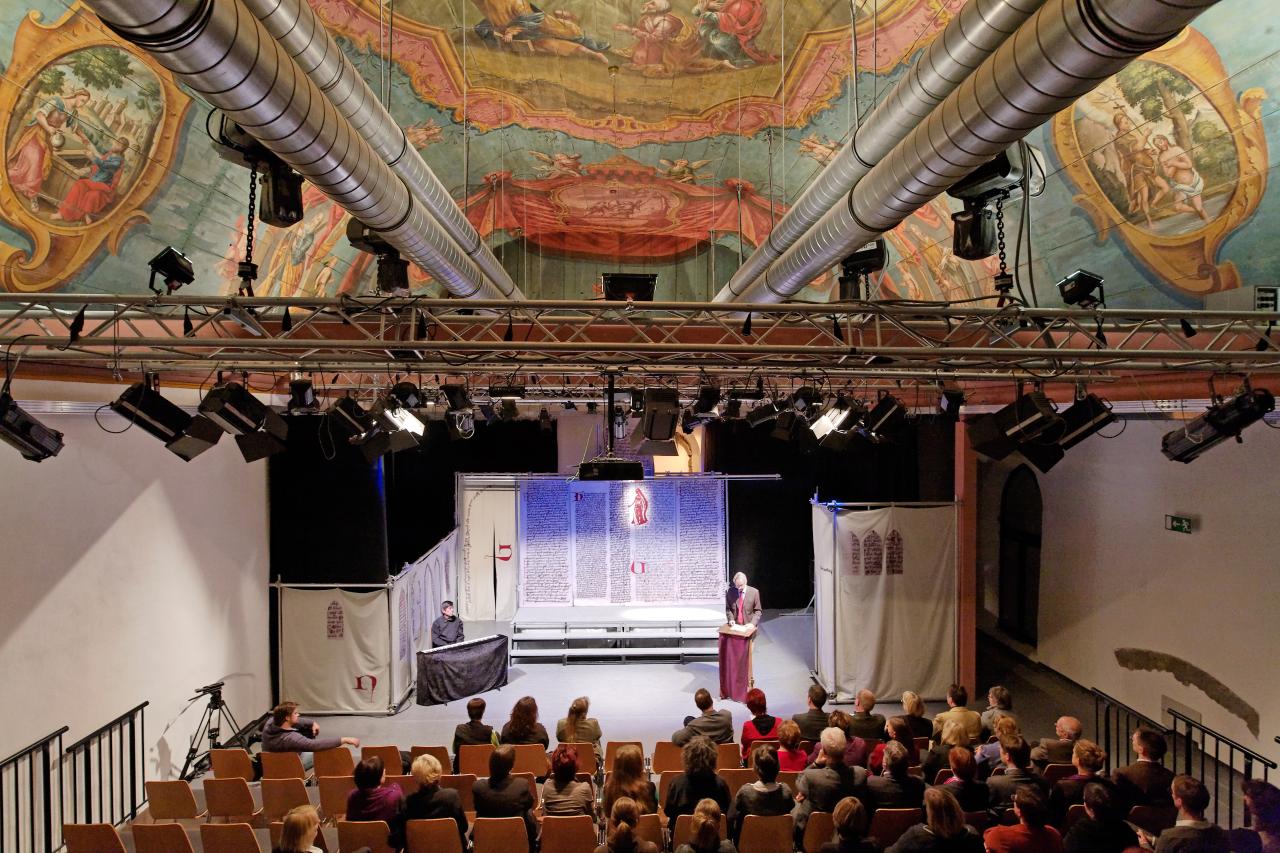 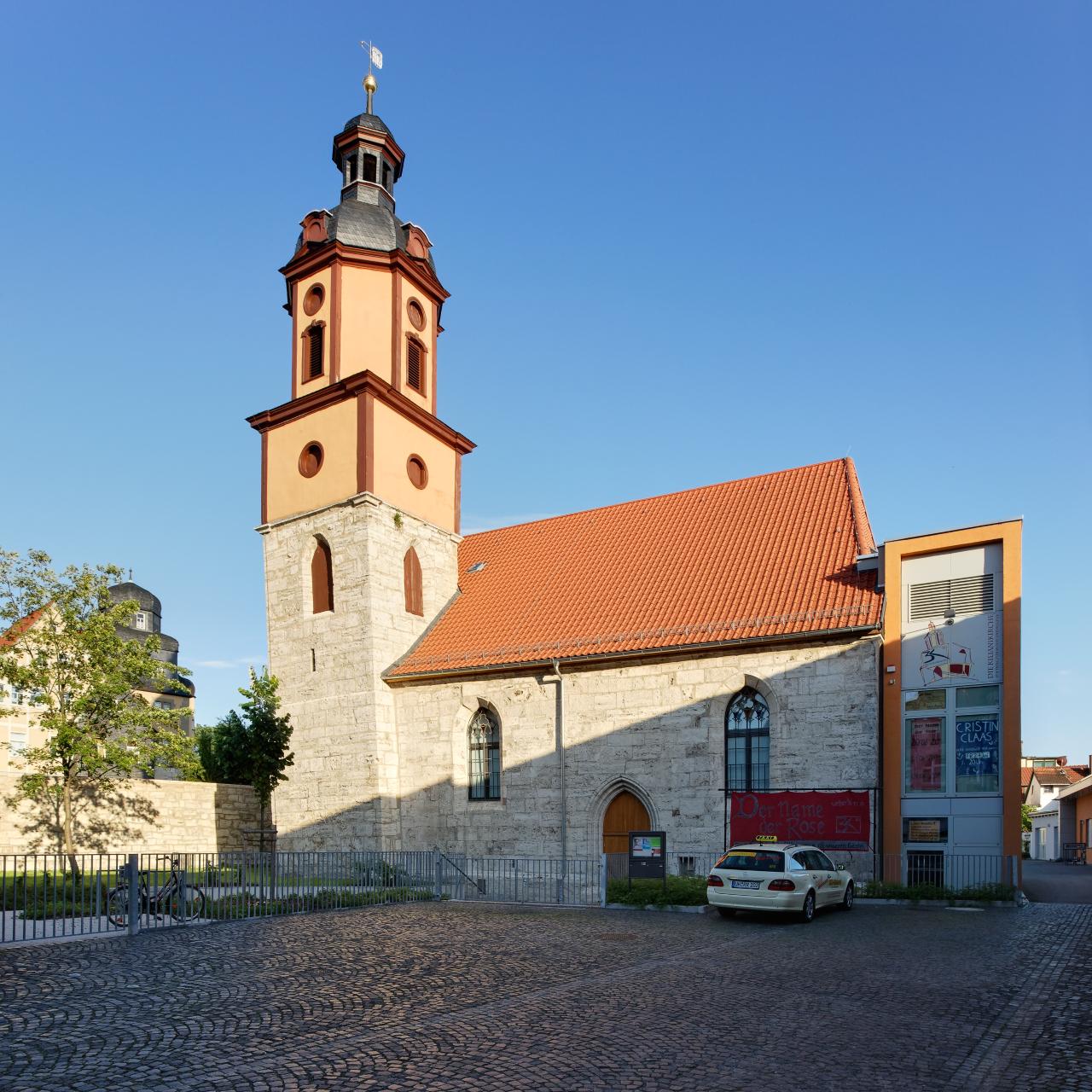 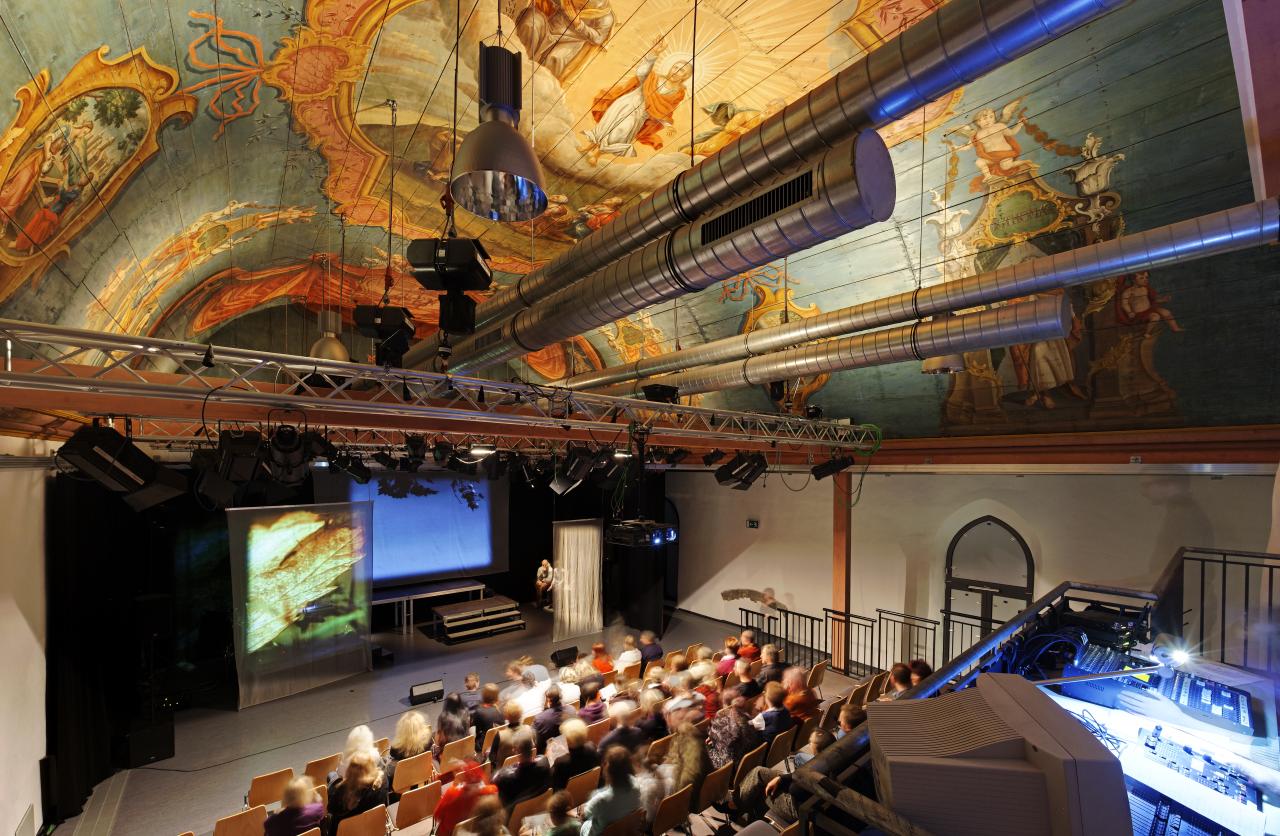